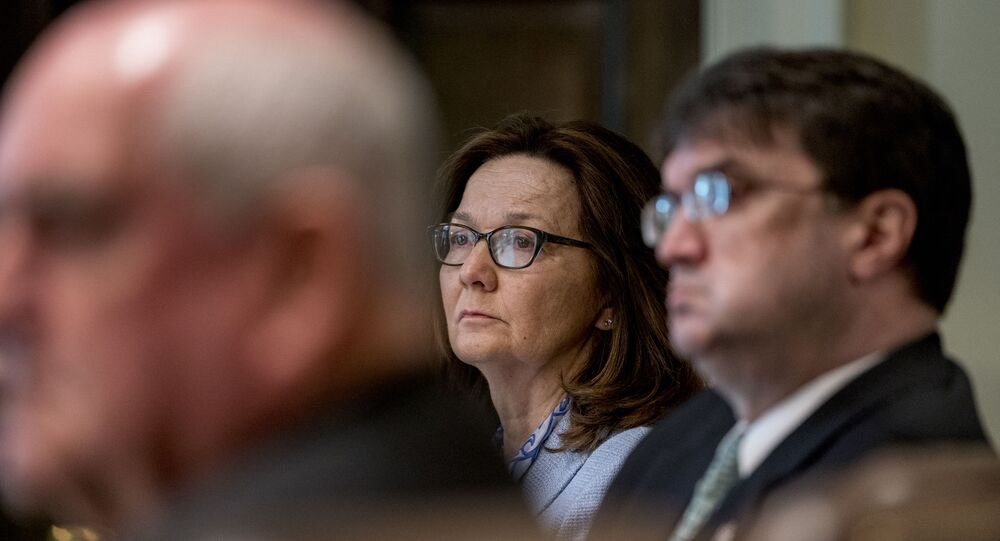 President of the Palestinian National Authority (PNA) Mahmoud Abbas announced on Saturday that all ties between the PNA and Israel, as well as the United States, would be cut following Donald Trump’s unveiling of his long-advertised peace plan for the Israeli-Palestinian conflict, which many saw as being strongly biased towards the Jewish state.

Gina Haspel, the director of the Central Intelligence Agency (CIA), reportedly travelled to Ramallah in the West Bank on Thursday to meet with PNA officials, a day after US President Donald Trump unveiled his “deal of the century”, Israel’s Kan media outlet exclusively revealed on 2 February.

According to the media report, Haspel did not meet with Palestinian National Authority President Mahmoud Abbas during her visit, but corresponded with other PNA officials who warned the CIA chief of their intentions to sever all ties between the Palestinians on the one side, and Israel and the United States on the other.

Meanwhile, the US official was also said to have met with the PNA’s Intelligence Director Majid Faraj, who allegedly asserted that exchanges of information between the CIA and the PNA’s security forces would not be compromised, despite Ramallah’s opposition to Trump’s peace plan.

© REUTERS / RANEEN SAWAFTA
Palestinian President Mahmoud Abbas gestures as he delivers a speech following the announcement by the U.S. President Donald Trump of the Mideast peace plan, in Ramallah in the Israeli-occupied West Bank January 28, 2020.

The report comes following Abbas’ Saturday announcement that the PNA would cut all cooperation ties with Israel and the US following the publication of Trump’s proposed “deal of the century”, which the head of the Palestine Liberation Organisation saw as a rejection of all the previously reached agreements and “a slap of the century”. The PNA head's remarks were made during an extraordinary meeting of the Arab League in Cairo, where the organisation officially decided to reject the plan.

Abbas earlier denounced Trump’s proposal, insisting that the US cannot be the sole mediator in the longstanding Israeli-Palestinian conflict, saying that other members of the Middle East Quartet such as Russia, the European Union, and the United Nations should be included.

© REUTERS / IBRAHEEM ABU MUSTAFA
Hamas: ‘All Options Legitimate’ Now for Palestinians to Fight Trump’s Contentious Peace Plan
The plan, unveiled on 28 January, was mainly drawn up by Donald Trump’s adviser and son-in-law Jared Kushner. While it stipulates the creation of a Palestinian state located on scattered pieces of land in the West Bank and Gaza Strip with a capital in the outskirts of East Jerusalem, it also de-facto approves the Israeli settlements in the West Bank, which the UN deems as illegal. The proposed deal also recognises Jerusalem as the “sovereign” and “undivided” capital of Israel – something strongly condemned by the PNA.
...
Reddit
Google+
Blogger
Pinterest
StumbleUpon
Telegram
WhatsApp
1358
Tags:
Israel, Palestinian Authority, Donald Trump, Mahmoud Abbas, Gina Haspel, CIA
Community standardsDiscussion