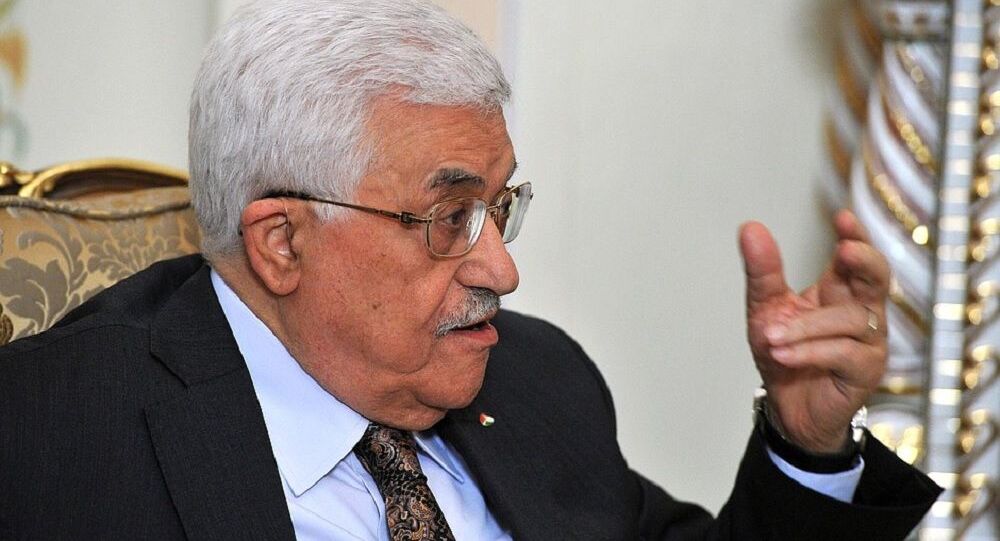 On Tuesday, Mahmoud Abbas rejected Donald Trump’s Middle East peace plan as “conspiracy” and the “slap of the century”, with the Palestinian President pledging it “will not go through”.

“The plan is an American and Israeli disavowal of the Oslo [peace] accords, and so the Palestinian Authority now sees itself as free to disregard the agreements with Israel, including security cooperation”, the news outlet quoted the document as saying.

Kahlon, in turn, promised to give the letter to Netanyahu when the Israeli Prime Minister wraps up his visit to Russia later on Thursday.

Abbas Slams Trump Plan as ‘Slap of the Century’

The note comes after Abbas hit out at the so-called “deal of the century”, US President Donald Trump’s Middle East peace plan which was unveiled on Tuesday and is aimed at resolving the Israeli-Palestinian conflict.

He slammed the plan as “a slap of the century”, warning that the deal "is not going to happen" and that the Palestinians will throw it in the "garbage can of history".

Abbas underscored that the Palestinians will accept neither the Trump peace plan nor US mediation efforts, and that real talks could only begin with the Middle East Quartet comprising Russia, the US, the European Union and the United Nations (UN).

He also claimed that “time will come when America will be forced to say ‘yes’ in the UN Security Council to an independent Palestinian state within the borders of June 4, 1967”.

The Trump plan, in particular, stipulates that Jerusalem would become the "sovereign capital of the State of Israel", and it should remain an undivided city", a proposition that Abbas and many other nations in the region has firmly rejected.

The blueprint doesn’t mention the Palestinians’ key demands, including the Temple Mount in Jerusalem being part of their capital and the removal of Israeli settlements in the West Bank.

Trump touted the plan as a "realistic two-state solution”, which envisages creating a Palestinian entity that would peacefully cooperate with the existing state of Israel, in what is expected to put an end the Palestinian-Israeli conflict and serve as a foundation for peace in the Middle East.

The Israeli government, along with a number of other countries, such as the US, France, the UK and Germany, refuses to recognise the PNA as an independent political and diplomatic entity. Israel is going ahead with the construction of settlements in the occupied areas despite objections from the UN.