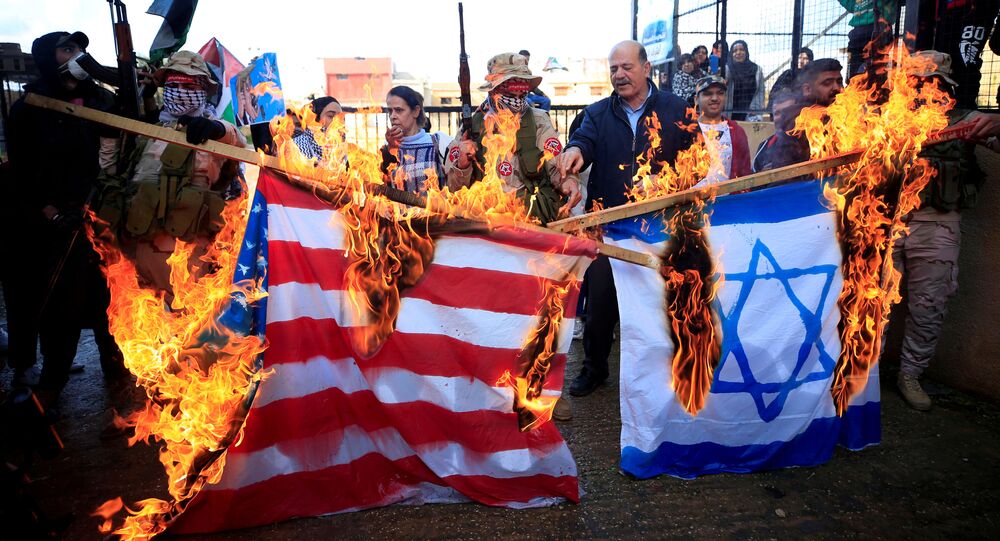 The Palestinian Authority warned in the past that it would not accept the "deal of the century", unveiled by President Donald Trump on 28 January, citing perceived US bias in favour of the Jewish state.

Head of the Palestinian National Authority Mahmoud Abbas has stated that all ties including cooperation on security, between Israel and the US on the one side and the Palestinians on the other will be severed following the publication of Trump's "deal of the century" peace plan, which he sees as a rejection of all previously reached accords as well as of international law.

The PNA president stated that the "deal of the century" can't be the basis for a future peace deal with Israel under any conditions.

"There is no place for even a part of the American deal on the negotiating table", the PNA president said.

Abbas further stated that he sent official notification to the US saying that the PNA rejects the American peace plan to resolve the Israeli-Palestinian conflict. The PNA president added that despite the cut in ties and opposition from some Palestinian factions, he still remains committed to the Authority's demilitarisation.

The Palestinian president reiterated his statements that the US can't be the sole mediator in the Palestinian-Israel conflict. He also confirmed the reports that he didn't respond to Trump's calls and messages prior to the plan's unveiling to deprive him of the opportunity to claim that it had been negotiated with the Palestinians.

Following an extraordinary meeting of the Arab League, members of the organisation have supported the PNA's position and also rejected the US president's peace plan in a joint presser on its results. The organisation of Arab states gathered on 1 February to specifically discuss Trump's deal.

Trump's "deal of the century" plan suggests the creation of a Palestinian state on the scattered patches of the West Bank and the Gaza Strip, connected by a system of roads, bridges and tunnels with a capital on the outskirts of East Jerusalem, of which the planned state would get only a tiny fraction.

At the same time, the Palestinian state's borders would be secured by Israel itself, rather than by its own forces. Israel in turn would get all of its West Bank settlements recognised and would have the Jordan Valley at its disposal.

The plan was harshly condemned by the PNA and Hamas movement, since it essentially doesn't meet some of the core Palestinian demands, such as a capital in East Jerusalem and the implementation of the right of return for refugees from the 1948 war and their descendants to their previously owned lands.

© REUTERS / Ammar Awad
Like Past US Proposals, Trump Peace Deal Expects Palestinians to ‘Surrender All Their Rights’

The plan received mixed reactions among Middle East states. Saudi Arabia appreciated the US efforts, but didn't evaluate the plan per se. Egypt in turn urged both Israel and the PNA to "carefully study'' the plan arguing that it defends the "legitimate rights'' of the Palestinians. Iran outright condemned the "deal of the century", calling it a global "nightmare".