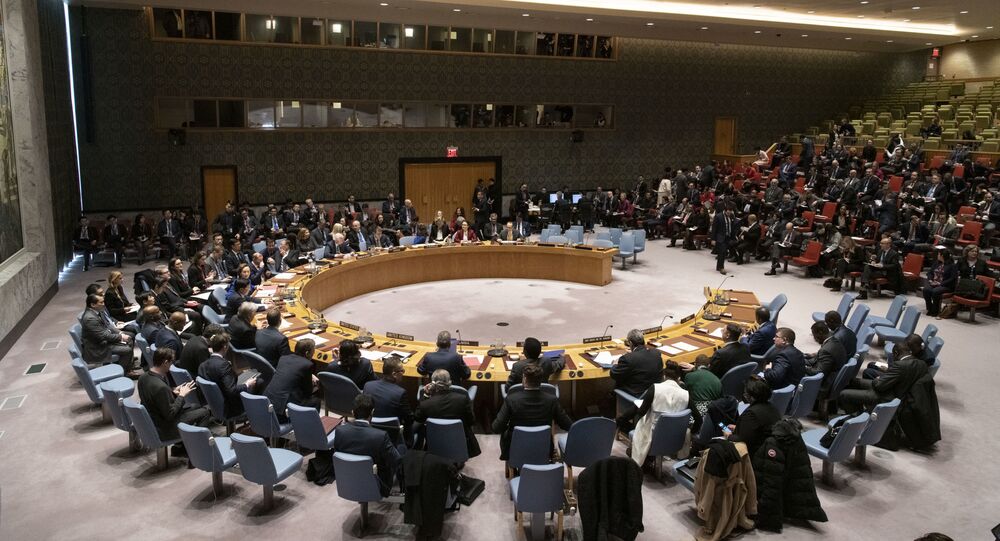 In March 2019, the Organisation for the Prohibition of Chemical Weapons (OPCW) issued a report into the Douma incident, saying that chlorine was "most likely" the chemical agent used. However, evidence provided by Russia and Syria suggested the attacks were staged by the White Helmets NGO.

The United Nations Security Council is meeting to discuss the OPCW report on alleged chemical attacks in the Syrian city of Douma in 2018.

The meeting was convened by the Russian Permanent Representative.

Syrian President Bashar al-Assad has repeatedly accused the United States, the United Kingdom, and France of using "stories about chemical weapons" as a pretext for military intervention in the country.

The Wikileaks whistleblower website has recently published several batches of documents that have raised questions about the probe by OPCW,  including suggestions that the original probe had been significantly doctored and facts had been misinterpreted during the investigative missions on the ground.