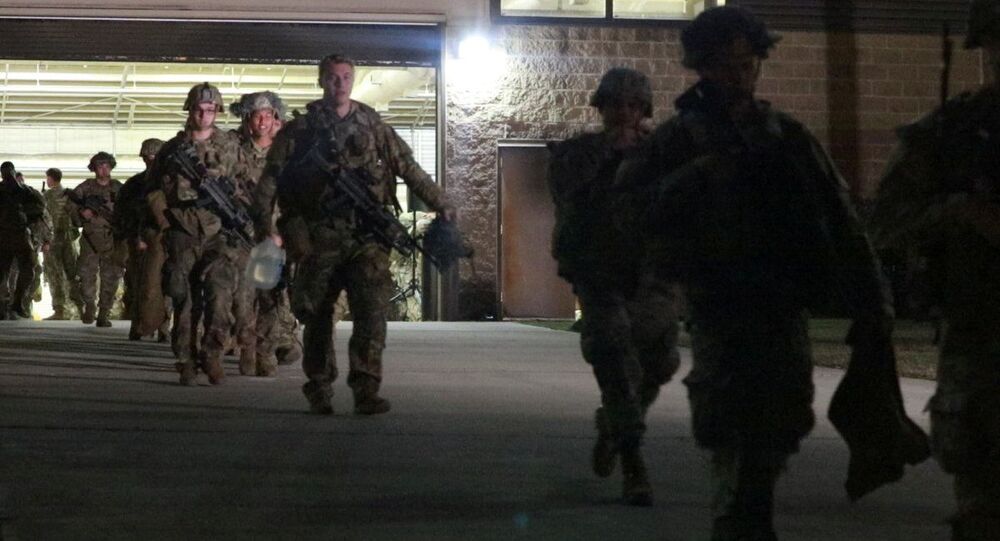 A letter was previously leaked announcing the withdrawal of American forces from Iraq in the wake of a decision by the country's Parliament to end foreign military deployments. The head of the US Joint Chiefs of Staff later stated that the draft letter was sent by "mistake" and didn't imply any US withdrawal.

The Kuwaiti government has stated that earlier reports about the impending withdrawal of US forces from the country are incorrect and that state news agency KUNA's Twitter, which distributed the false message, had been hacked.

"KUNA categorically denies the validity of a publication regarding a statement by the deputy prime minister and minister of defence on the withdrawal of US forces from Kuwait", the news agency stated on its Twitter.

Previously, the KUNA news agency cited the country's Defence Minister Ahmad Mansour Al-Ahmad Al-Sabah as saying that he had received a letter from the commander of the US Arifjan military camp situated in the country announcing the "imminent withdrawal of all US military forces in three days".

"Receiving such a letter from Camp Arifjan was unexpected and we are communicating with the US Department of Defence for more details and information", the false report cited the minister as saying.

A similar incident took place just days ago, when news agencies reported on 6 January that Iraqi defence officials had received a letter from the US announcing American troop withdrawals. The correspondence linked the alleged withdrawal to a decision by the Iraqi Parliament, who earlier voted to terminate all foreign deployments in the nation.

Hours later, however, General Mark A. Milley, chairman of the US Joint Chiefs of Staff, stated that the letter, which he called "genuine" but "poorly worded", was sent by mistake and didn't imply any US withdrawal from Iraq. US Secretary of Defence Mark Esper later confirmed that "there's been no decision whatsoever to leave Iraq. Period".

Ongoing tensions between the US and Iran rapidly escalated on 3 January after the American military conducted an airstrike that killed Iranian Quds Force Commander Qasem Soleimani on Iraqi territory.

The strike was authorised by President Donald Trump, but the US failed to notify Iraqi authorities of upcoming operation in advance, which claimed the lives of two prominent members of the Iraqi Popular Mobilisation Forces. Baghdad and Tehran both condemned the American military operation.

Two days later the Iraqi Parliament approved a bill ordering the termination all foreign military deployments in the country, thus demanding Washington to pull out its troops. So far the US has not announced whether it will abide by this demand.