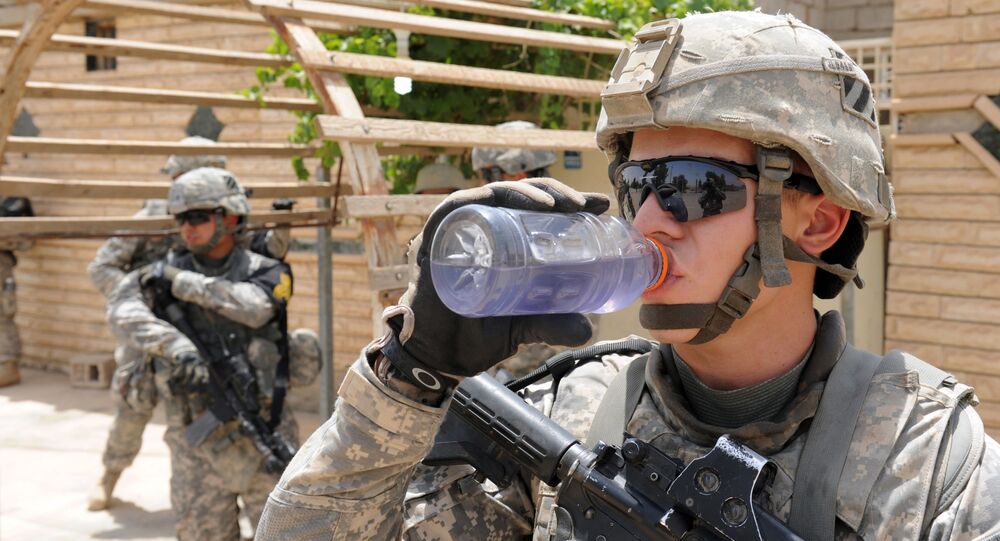 The dramatic move to expel US troops followed nearly two weeks of violence and escalations which culminated in the US assassination of a senior Iranian military commander on Iraqi soil.

Iraq’s parliament was convened for an extraordinary session on Sunday, voting to terminate the operation of the US-led coalition against Daesh (ISIS),* and passing a resolution demanding the withdrawal of all foreign military personnel stationed in the country, including an estimated 5,000 US troops. Here’s what the move means in practice:

US Air Force / Senior Airman Matthew Bruch
A US Air Force F-15E Strike Eagle aircraft flies over northern Iraq Sept. 23, 2014
© AFP 2021 / AHMAD AL-RUBAYE
Iraqi Shiite fighters from the Hashed al-Shaabi (Popular Mobilisation) paramilitaries gesture to the camera as they warm up around a fire near the village of Tal Faris, south of Tal Afar, on November 30, 2016, during a broad offencive by Iraq forces to retake the city Mosul from jihadists of the Islamic State group
© REUTERS / Tom Brenner
U.S. Secretary of State Mike Pompeo speaks about airstrikes by the U.S. military in Iraq and Syria, at the Mar-a-Lago resort in Palm Beach, Florida, U.S., December 29, 2019
© AFP 2021 / HO / Iraqi military
A picture shows a destroyed vehicle on fire following a US strike on January 3, 2020 on Baghdad international airport road in which top Iranian commander Qasem Soleimani was killed along with eight others, including the deputy head of Iraq's powerful Hashed al-Shaabi paramilitary force.
© AFP 2021 / AHMAD AL-RUBAYE
Supporters of Iraqi cleric Moqtada al-Sadr flee the smoke grenades fired by security forces during clashes after demonstrators broke into Baghdad's fortified "Green Zone" on May 20, 2016

* A terrorist group outlawed in many countries.