DOHA (Sputnik) - Malaysian Prime Minister Mahathir Mohamad slammed the US sanctions against Iran as a clear violation of the UN Charter and promised to raise the issue on countries unilaterally introducing sanctions at the UN General Assembly.

"There is no provision in the UN that allows one country to impose unilateral sanctions on another country ... Malaysia does not support the reimposition of the unilateral sanction by the US against Iran. Such actions clearly violate the United Nations Charter and international laws. Sanctions can only be applied by the United Nations in accordance with the Charter," Mohamad said during his address at the annual Doha Forum in Qatar.

According to the prime minister, unilateral sanctions create problems for other countries as well. As an example, Malaysia and many others lost a big market when the US introduced sanctions against Iran.

"I wish to reiterate my address at the United Nations General Assembly on this issue. If you want to have sanction let us have a law to govern sanctions," he added.

On Wednesday, Washington imposed new sanctions on Iran’s biggest airline, Mahan Air, and the country’s shipping industry for allegedly contributing to conflicts in Syria and Yemen.

In November, US Secretary of State Mike Pompeo said that Washington would terminate its sanctions waiver regarding the Fordow nuclear facility beginning on December 15, 2019, and called on Tehran to immediately cease its uranium enrichment activities.

In May 2018, the US withdrew from the deal and reimposed economic sanctions on Iran. Roughly a year later, Tehran responded by warning that it would steadily abandon its JCPOA obligations every 60 days unless the other signatories helped facilitate continued oil and other trade with Iran. 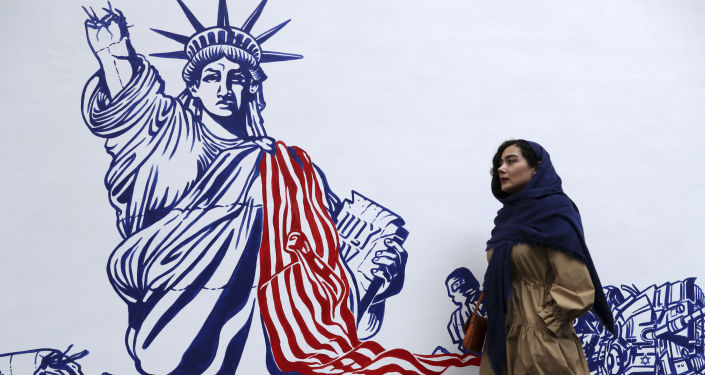 Vahid Salemi
Iran Rolls Out Draft Budget of 'Resistance' Against US Sanctions
It has since been gradually following through on its warnings, and on November 7, Tehran began its fourth stage in the process — enriching uranium at the Fordow Fuel Enrichment Plant.

In 2015, Iran, the United Kingdom, the US, China, Russia, France, Germany and the European Union signed the Joint Comprehensive Plan of Action (JCPOA), also known as the Iran nuclear deal. It stipulated that Tehran significantly limit its nuclear program in exchange for the removal of international sanctions.