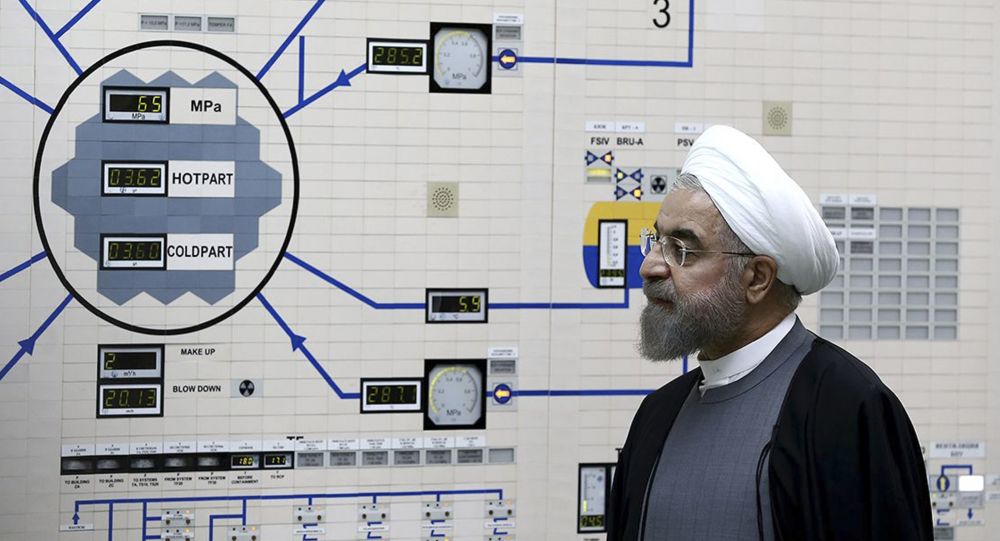 On Sunday, the Iranian government rolled out a draft 2020 budget, seeking to minimize the impact of tough US sanctions pressure against Tehran by reducing the country's dependence on oil exports.

Iran will overcome US sanctions one way or another, either by bypassing them or through negotiations, President Hassan Rouhani has said, the Iranian Students' News Agency has reported.

"The government is determined to defeat (the enemy) by bypassing America's sanctions...or through various means including talks, but will not cross our red lines," Rouhani said, speaking at a cabinet meeting on Wednesday.

At the meeting, which focused on the government's efforts to combat poverty and unemployment, Rouhani noted that US sanctions, including banking and oil export restrictions, have meant lower government revenues, which have had an impact on ordinary Iranians' lives.

He added, however, that the government has worked to strengthen manufacturing and knowledge-based companies, to attract investment and to increase self-sufficiency in agriculture and energy to deal with economic problems.

Rouhani also urged his fellow citizens not to believe rumours he said were being propagated by "enemies" about alleged government plans to "shut down the internet," which he said were not true. Rather, he said, the country is working  to create a "robust national information network" to compliment, rather than replace, the internet.

On Sunday, Rouhani unveiled a new draft budget for 2020, seeking to "resist sanctions" placed on the country and its oil sector. The new budget, to take effect in March of next year, is aimed at alleviating sanctions-related pressures, and particularly their impact on poor Iranians, through subsidised food and medical supplies, and will take advantage of a $5 billion loan currently being negotiated with Moscow.

Iran has been rocked by mass protests in recent weeks over the government's move to increase fuel prices, with the price hike said to be directly linked to efforts to combat US sanctions against Iran. While many of the protests have remained peaceful, some have turned violent, leading to violent clashes between protesters and security forces and the deaths of dozens of protesters and at least three security personnel. The Iranian government has blamed the US and Israel for organising the unrest, saying the two countries seek to undermine the Islamic Republic's national security. Last week, Iranian court authorities unveiled plans to take the United States to court for the civil unrest facing the country.

Relations between Iran and the US hit rock bottom in May 2018, after the Trump administration unilaterally withdrew from the 2015 Iran nuclear deal and slapped Tehran with tough energy and banking sanctions, including so-called secondary sanctions threatening customers of Iranian crude oil exports. Iranian authorities responded by announcing that Tehran would move to reduce its commitments under the nuclear deal, citing the treaty's European signatories' inability or unwillingness to help the country bypass US pressure. Last week, Iran reiterated its readiness to engage in talks with the US regarding the country's nuclear programme, but only if Washington lifts its sanctions first.