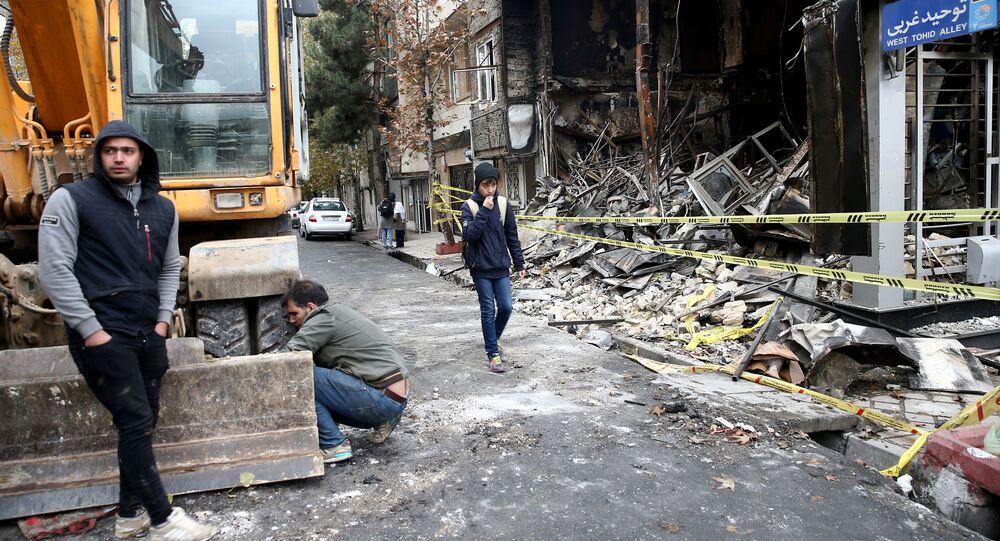 Protests erupted in several of Iran's provinces in November, following the government’s decision to increase the price of gasoline, with some of the rallies turning violent.

Tehran wants to sue the US for $130bln for civil unrest in the country, according to Iranian judicial spokesman Golyamkhosein Esmaily.

Golyamkhosein Esmaily said that the lawsuits and complaints were filed by Iranian citizens who directly suffered damage from "US actions."

"To date, more than 360 cases and claims of citizens against the US government have been considered," Esmaily said, noting that one court had demanded $130 billion from the United States.

"The government and the Foreign Office should help implement these orders against the US government on behalf of our citizens," he said.

After this decision, protests took place in a number of cities in the Islamic Republic, which grew into clashes with the police. Demonstrators set fire to the offices of banks and gas stations. Riots were noted in hundreds of communities.

According to President Hassan Rouhani, the protests were organised by the United States and Israel to undermine Iran’s national security. Washington has openly voiced support for the demonstrators.