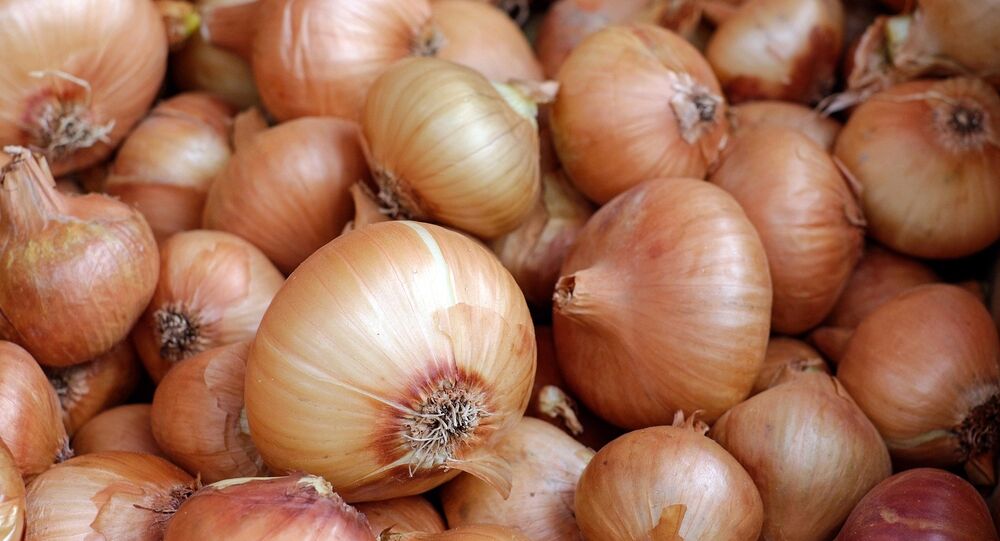 New Delhi (Sputnik): Onion prices in India have risen sharply in the last three months despite efforts to curb exports and limit stockpiling. India is now being forced to import onions from Egypt and Turkey.

Congress politicians staged a protest in the Indian Parliament holding bucket full of onions, the price of which peaked at around $3 a kg in some parts of the country, almost 10 times the usual price.

Congress lawmakers held placards that read, “Unprecedented rise in grocery, food prices in the Modi regime”, and “Do not need Modi government as it has inflicted high prices”.

Former finance minister and senior Congress leader P Chidambaram said: "The economy can be brought out of the slowdown, but this government is incapable of doing that."

The onion shortage has been caused by a delayed harvest and heavy rains.

Onion prices look set to remain high in the short-term despite India rushing to boost imports from Afghanistan, Egypt and Turkey. The first imports are unlikely to arrive before mid-December at the earliest while others are due only in January.

And while India is importing 6,090 tonnes of onion from Egypt and 15,000 tonnes from Turkey; this is unlikely to meet the shortfall, which is estimated at 160,000 tonnes, according to the Horticulture Development Board.

India’s inflation rate has been increasing. In October, inflation touched 4.62 percent, compared with 3.99 percent in September, according to government data.