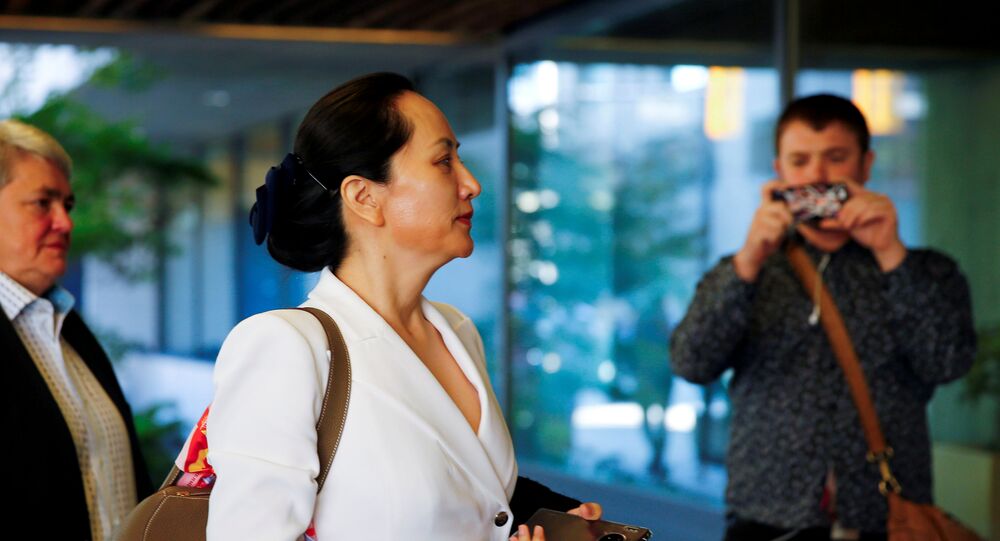 ‘No Longer Afraid’: Top Huawei Official Details Life on Bail in Canada One Year After Arrest

In December 2018, Huawei’s CFO Meng Wanzhou, who is also the daughter of the company’s founder, was arrested in Canada at the request of the United States for allegedly breaching US sanctions against Iran - accusations that have been repeatedly denied by the company.

Huawei’s Chief Financial Officer Meng Wanzhou, also known as Sabrina Meng, has published an open letter detailing her life on bail in Canada, one year after her arrest, while thanking the public for all the support and encouragement she has received.

“Over the past year, I have also learned to face up to and accept my situation. I'm no longer afraid of the unknown”, Meng said in a letter published on Huawei’s website.

The daughter of Ren Zhengfei, the founder of Huawei, also said that her life seems to pass more slowly now in comparison to the “constant rush” she experienced while working for the company in Shenzhen, as she now has more time that can be devoted to reading and oil painting.

“When I was in Shenzhen, time used to pass by very quickly. Every day, my schedule was fully packed and I was constantly rushing from place to place, and from meeting to meeting. … I always felt like I was being stretched thin and that there was never enough time to get everything done”, Meng wrote.

She also thanked the people who supported her following her arrest in Canada last year. Meng said that she “burst into tears” following the round of applause in the public gallery she received after the judge announced she was released on a $10 million bail 11 days after her detention.

“Every time I appear in court, a crowd waits outside. Your passion and support have always warmed my heart”, the Huawei official said.

Arrest of Huawei’s CFO Amid US Accusations

Meng Wanzhou was arrested in December last year at Vancouver International Airport at the request of the United States on suspicions of financial machinations in breach of US sanctions against Iran. She was released later that month on bail conditions, such as having to wear an electronic tag and being restricted in her movements. The Chinese company’s executive has remained in Vancouver since, but is currently fighting extradition to the US, where she faces several charges. Meng and Huawei have repeatedly denied the accusations of any illegal behaviour.

© AP Photo / Vincent Yu
Huawei Can 'Survive Without the US', Not a Bargaining Chip in US-China Trade Talks - CEO and Founder
The Huawei executive’s arrest sparked a diplomatic row between China and Canada and was followed by the detention of two Canadian citizens by Beijing - former diplomat Michael Kovrig and businessman Michael Spavor, in a move that was regarded by some as a retaliatory measure. Chinese authorities insisted that the two men posed a threat to national security. Beijing has also introduced several bans against Canadian pork and vegetable oil exports, some of which were, however, lifted earlier this month.
...
Reddit
Google+
Blogger
Pinterest
StumbleUpon
Telegram
WhatsApp
170
Tags:
China, Huawei, Meng Wanzhou, Canada
Community standardsDiscussion