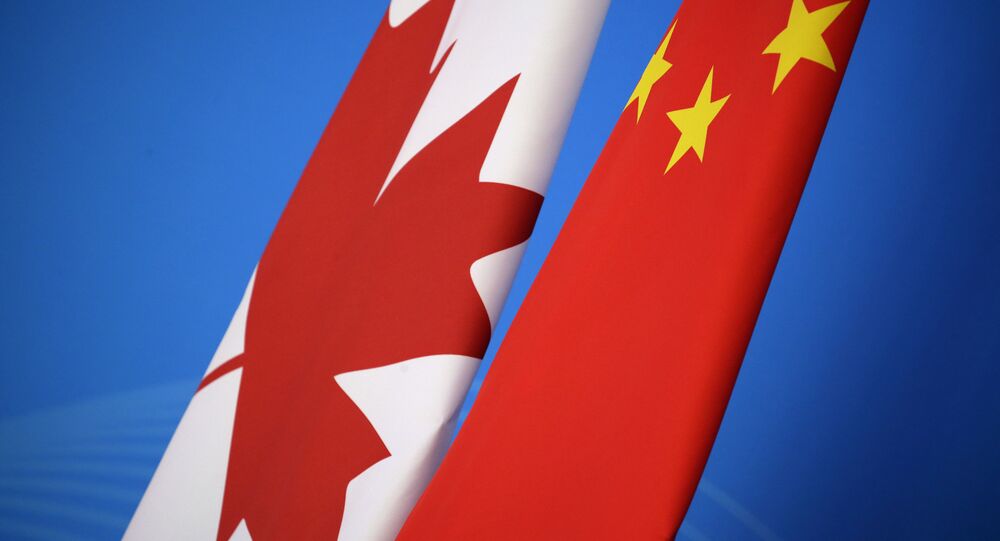 The two foreign ministers met in person for the first time since Canada arrested Huawei’s top executive following an extradition request from Washington. The two sides have agreed to continue talks on the issue.

Speaking with his Canadian counterpart Chrystia Freeland, Wang reportedly noted that Meng’s December 2018 arrest “has aroused strong anger in Chinese people and led to serious difficulties in China-Canada relations,” according to the Ministry statement.

“The Chinese government will firmly safeguard the legitimate rights and interests of Chinese citizens and companies, and we hope this issue can be resolved in a quick and proper way so that China-Canada relations can get back on the right and healthy track as soon as possible,” the foreign minister said.

Freeland raised the issue of Michael Kovrig and Michael Spavor, two Canadian citizens detained in China days after Huawei CFO’s arrest. The two men are accused of espionage, charges which Ottawa calls “arbitrary”. Following their arrest many speculated that it was a retaliatory measure on Beijing’s part.

“The fact that we were able to speak and discuss these issues face-to-face directly with one another absolutely is a positive step,” Freeland said, adding that she and her Chinese colleague agreed to continue talks on the matter, according to SCMP.

This is the first time the two foreign ministers have met in person since Meng’s arrest.

The Huawei CFO, arrested on a US extradition request, was placed under home arrest in Vancouver, and denies accusations against her of fraud over allegedly violating sanctions against Iran.

Since Meng’s arrest, China sentenced two Canadians to death over drug smuggling charges, and has arrested another Canadian citizen in an incident reportedly unrelated to Kovrig and Spavor’s detention, the SCMP report notes.

Canadian Prime Minister Justin Trudeau has called for the release of Kovrig and Spavor and reportedly raised the case with Chinese President Xi Jinping during their interactions on the sidelines of the Group of 20 summit in Japan in June.