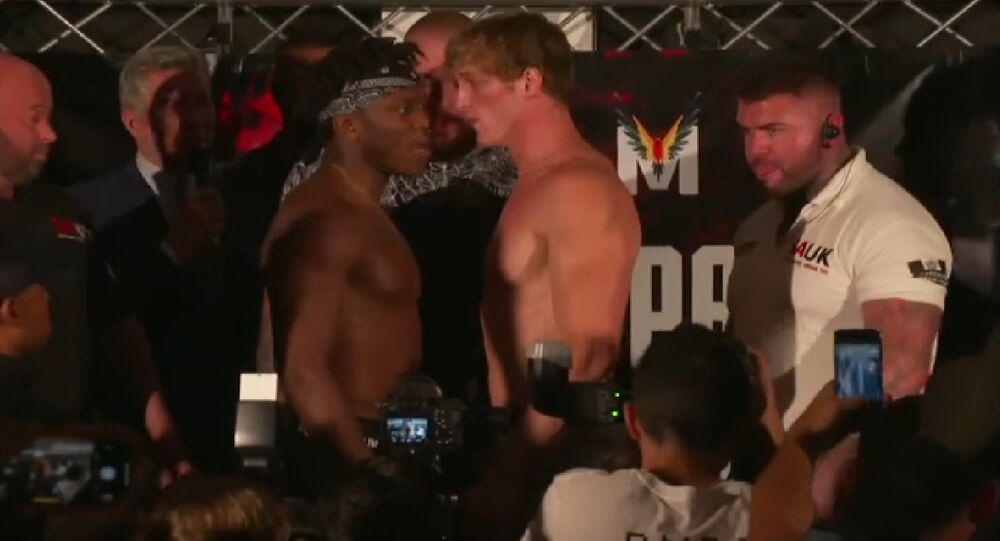 British WBO super-middleweight champion Billy Joe Saunders is defending his title in Los Angeles on Saturday against Marcelo Esteban Coceres. Both men are unbeaten but most of the crowd will not be there to watch Saunders, who is fighting on the undercard of a clash between two men who are not professional boxers at all.

YouTubers Logan Paul and Olajide Olatunji - better known as KSI - will fight it out at the 21,000 seater Staples Center on Saturday, 9 November.

KSI, 26, is a British rapper and gamer who has 20 million subscribers on YouTube.

Last year he knocked out another YouTuber Joe Weller before calling out Logan Paul and the pair fought a draw at the Manchester Arena.

​At an entertaining press conference on Thursday, 7 November, KSI said: "I’m a dog, I’m a fighter, I always make sure that I defend what is rightfully mine. This is my legacy. I’m going to break you. Everything I do will have intent and you will notice that and you will feel that."

At the end of the press conference the pair shoved each other like professional fighters with a grudge.

Logan Paul, who also has around 20 million YouTube subscribers, said: "This is a personal thing for me. I definitely want to go out there and secure the victory in violent fashion for my friends, my family, my fans and everyone who is going to be at the Staples Center.

"But to be honest KSI just happens to be the guy in the ring for me. This is the end of a redemption arc that has changed my life so, for me, the only demon I'm fighting in the ring is myself,” he added.

​Both men will be fighting as cruiserweights and the California State Athletic Commission said it had sanctioned the fight in the hoping of introducing boxing to a new and younger demographic.

KSI and Logan Paul, who will be fighting over six rounds rather than the professional distance of 12, have instant name recognition among the under-25s, something which cannot be said for the WBA cruiserweight champion Arsen Goulamirian, from France, the IBF belt holder Yuniel Dorticos, a Cuban, or Latvia’s WBO champ Mairis Briedis.

The YouTubers have decided to wear lighter gloves - with less cushioning - and forego protective headgear and many fans are hoping to see a knockout.

​Paul, 24, rose to online fame by posting short comedy videos on YouTube, but the American overstepped the mark last year when he posted a clip of a suicide victim in Japan and appeared to mock him.

He later took the video down and apologised.

​Billy Joe Saunders is unbeaten in 28 professional fights and is taking on Coceres, an Argentinian, who also has an unblemished record after 28 bouts.

Saunders has also encountered controversy online - last year he was forced to apologise after he posted a video clip of him pretending to offer crack cocaine to an addict in exchange for punching a complete stranger.