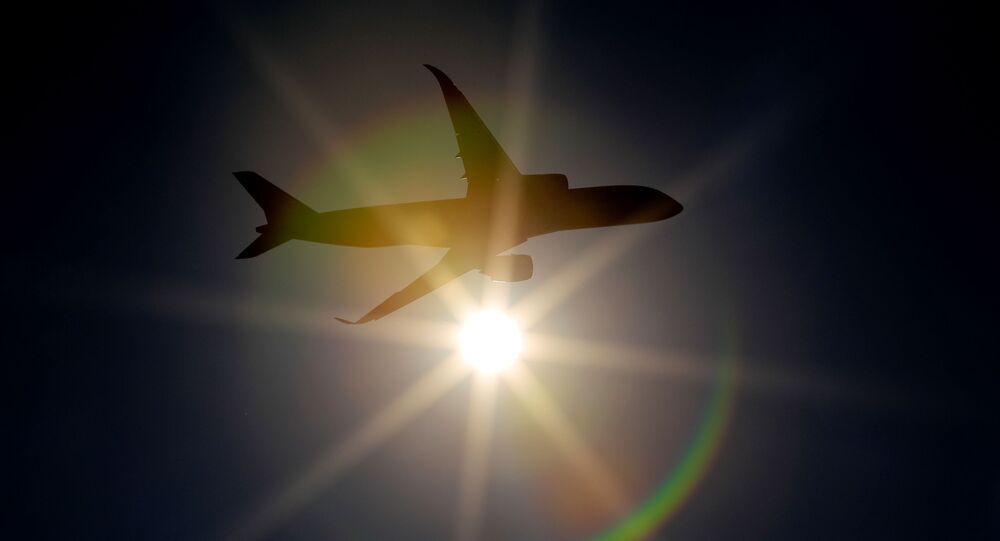 This spring US President Donald Trump’s administration announced it would slap additional tariffs on $11.2 billion worth of EU products following a row after the World Trade Organisation's found in 2018, that the bloc provided illegal subsidies to aerospace firm Airbus which caused "adverse effects" to US rival Boeing.

The United States has been given the green light to impose billions of euros in punitive tariffs on EU products in retaliation for illegal subsidies granted to European aerospace giant Airbus, reported POLITICO.

The publication cites four EU officials as saying the World Trade Organization ruled in favour of the US in the long-running transatlantic dispute, sending its confidential decision to Brussels and Washington on 13 September.

The ruling, which has not been made public yet, supposedly gives US President Donald Trump free reign to announce tariffs on European products ranging from cheeses to Airbus planes.

Sources differ on the maximum tariff to be imposed by Trump, one stated it would be between €5 billion and €8 billion, another opted for $10 billion.

An imminent showdown is anticipated between Washington and Europe, coming at a time of transition for the bloc as it welcomes new leadership in the guise of incoming Commission President Ursula von der Leyen and Trade Commissioner-designate Phil Hogan.

As she presented her team on 10 September von der Leyen vowed a robust approach to transatlantic disputes on trade and other issues with Washington.

Before the ruling by a WTO dispute settlement panel is officially adopted and made public, the parties have several weeks to add comments.

The reported WTO ruling marks the culmination of a decades-long dispute on whether EU countries illegally supported Airbus by granting subsidised loans known as “launch aid” and other advantages for the development of the A350 and A380 models. The US first filed the complaint in Geneva against Airbus subsidies as far back as in 2006.

© AFP 2020
Picture taken in 1969 showing the full-scale mockup of the Boeing 2027 SST, the first American supersonic transport (SST) project, in the Boeing Developmental Center in Seattle.

Last year, the WTO's appeals body upheld a 2016 ruling that the EU had supported Airbus with subsidised loans for the development of new aircraft — the A380 superjumbo and the A350 twin aisle jet.

US President Donald Trump said on 9 April that Washington would impose tariffs on $11 billion of products from the European Union:

"The World Trade Organization finds that the European Union subsidies to Airbus has adversely impacted the United States, which will now put Tariffs on $11 Billion of EU products! The EU has taken advantage of the U.S. on trade for many years. It will soon stop!" Trump said on Twitter.

​A parallel complaint by the EU, alleging illegal US subsidies for Boeing, is also being investigated by the WTO, with a ruling expected in about eight months, claim industry sources.

Washington's list of planned duties in the Airbus case is said to include passenger aircraft, rendering Airbus planes more expensive in the US compared to its rival Boeing.

Compounding matters for Airbus, the list also contains EU aircraft parts, as a measure reportedly conceived to hit the company's supply and manufacturing chain by depriving it of the parts it needs for final assembly of its A320 model in the US state of Alabama.

“The WTO decision is neither public nor authorised for release. We do not comment on rumours on a report that is not public,” he said.
"Nobody will win, it’s a lose-lose for the whole industry if we move to tariffs," he added.

A spokesperson for the European Commission said Brussels would “not comment on leaks” but has “communicated to the United States that the European Union is ready to work on a fair and balanced solution for our respective aircraft industries.”

Brussels has suggested its case against Boeing will allow it to retaliate with its own tariffs next year, while eventually negotiating an agreement with Washington to lift both sanctions.

“The mutual imposition of sanctions is counterproductive and damaging to our respective economies … The EU has, as recently as July, submitted concrete proposals to the US to which there has been no reaction so far. The EU’s willingness to find a fair settlement remains unchanged,” the Commission spokesperson said.

Trump: US to Slap $11bln Tariffs on EU Products Over Subsidies to Airbus