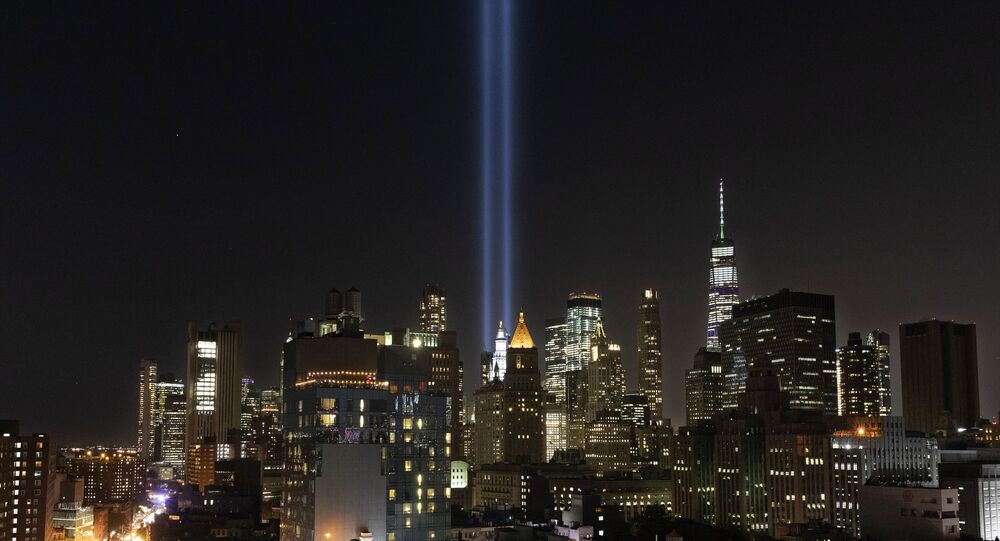 The statement came on the same day that the US is commemorating the victims of the 9/11 attacks on the World Trade Centre twin towers in New York, which claimed the lives of almost 3,000 people.

On the 18th anniversary of the 9/11 terror attacks, the leader of Al-Qaida*, the terrorist group responsible for the notorious terror attack, Ayman al-Zawahri reportedly called on Muslims to carry out new strikes against the US, Russia, Israel, and European states. Al-Zawahri's statement was published on the website of the SITE Intelligence Group.

Al-Zawahri, who succeeded Osama Bin Laden, the mastermind of the 9/11 attacks, criticised those jihadis who have "backtracked" on their views and condemned the attack on the World Trade Centre. It's unclear when and where the video was made, but the Al-Qaida* leader mentions the March 2019 recognition of Israel’s claims to the Golan Heights by the US.

We stand together with the United States of America in our common struggle against barbarism and terrorism. pic.twitter.com/LlkiAmABDm

Earlier in the day, Trump vowed to "never forget" the tragic events of 9/11 and to hit the US "enemy harder than they have ever been hit before". Israeli Prime Minister Benjamin Netanyahu echoed Trump's remarks, saying that Israel stands together with the US in the "struggle against barbarism and terrorism".

The statement comes on the 18th anniversary of the 9/11 tragedy that claimed the lives of almost 3,000 people. On 11 September 2001, a group of 19 al-Qaeda*-linked terrorists hijacked four passenger jets that they later used to ram into the twin towers of the World Trade Centre in New York, leading to their complete destruction, and the Pentagon in Virginia. Another plane crashed into a field on its way to Washington after passengers sought to prevent the terrorists from flying it towards their desired destination.