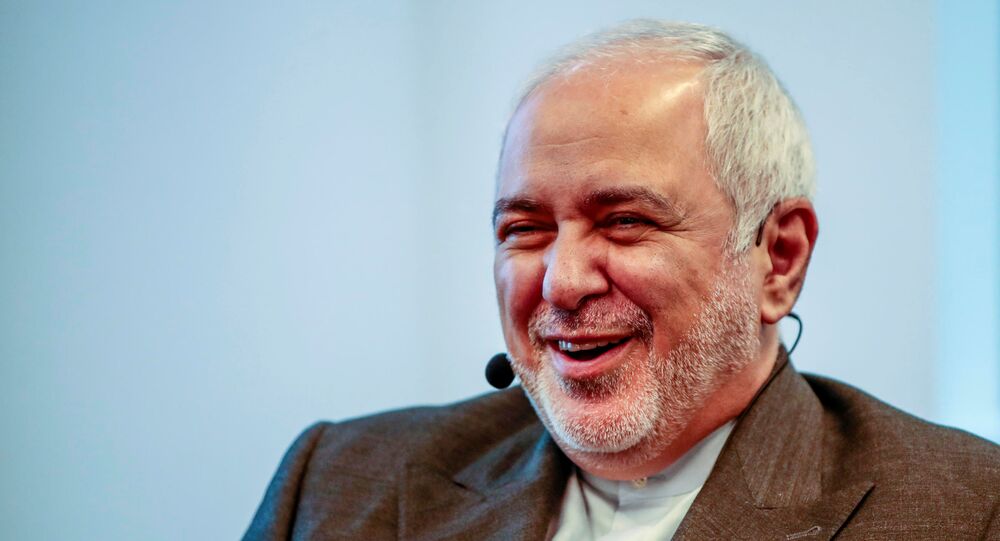 The plane was earlier spotted taking Iranian Foreign Minister Mohammad Javad Zarif to Oslo and Paris, although no info regarding its current passengers is available.

An Airbus 321 plane, Flight IRAN05, belonging to the government of Iran, has landed in Biarritz, France, where the G7 meeting is taking place, after departing from Tehran, the website Flight Radar 24 indicates. An Iranian Foreign Ministry spokesman announced that the country’s top diplomat, Javad Zarif, had arrived on the plane.

The spokesperson hasn't clarified the reason for the minister's trip to France, but noted that he is not going to hold talks with US President Donald Trump or members of his delegation. The ministry further stated that Zarif would depart for Tehran later in the day to thereafter embark on a planned trip to Asia. The French president's office said that the minister had been invited for a dinner at Biarritz to discuss matters previously raised by Macron and his Iranian counterpart.

#Iran's Foreign Minister @JZarif, after a short visit to Biarritz of #France, will return to Tehran on Sunday night, in order to depart for #China, Iranian Foreign Ministry spokesman added.

Reuters reported, citing an anonymous source that the Iranian minister will hold talks with his French counterpart Jean-Yves Le Drian.

"Zarif came to Paris on Friday with Iranian propositions which obviously must be refined. Yesterday there was a substantial discussion between G7 leaders and it is important to now update Zarif in order to keep closing the gap [...] on the conditions with which we could de-escalate the tensions and create breathing space for negotiations", the anonymous official told Reuters.

When asked about Zarif's arrival, US President Donald Trump declined to comment. The White House stated that the visit of the Iranian foreign minister came as a surprise to Trump, as he had not been notified about it in advance. At the same time, French President Emmanuel Macron's office claimed that all G7 partners had been informed about Zarif's upcoming visit to Biarritz "as soon as possible", but noted that it was organised at short notice.

Last month, Washington imposed sanctions against the Iranian Foreign Ministry, despite continued assurances of readiness for dialogue with the Islamic Republic regarding the worsening bilateral relations.

Earlier, French media reported that President Emmanuel Macron had been tasked by other G7 members to convey a joint message to Iran, but the head of state himself denied these reports.

Protests Against Police in Hendaye, France as Security for G7 Summit Heightened – Video