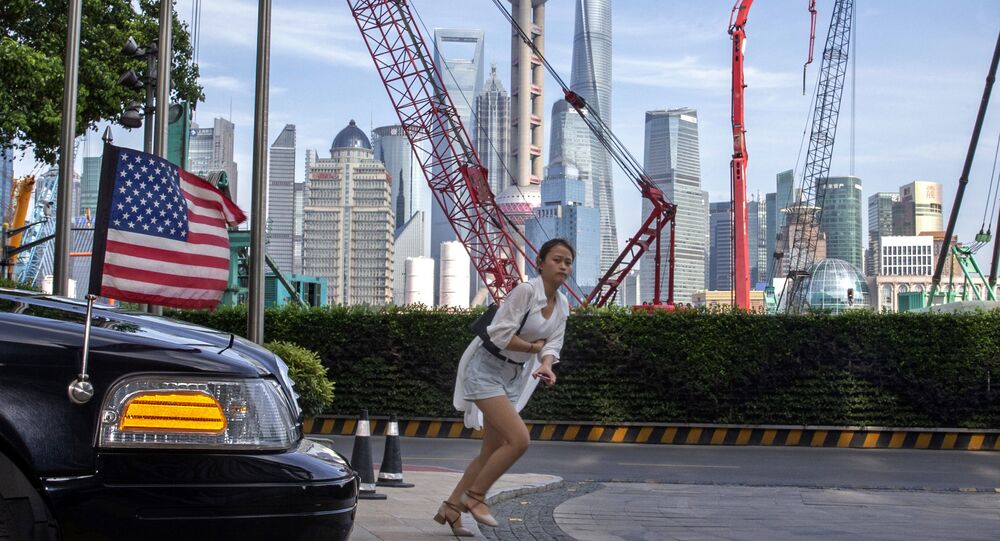 US President Donald Trump announced on Thursday that Washington would impose an additional 10 percent tariff on $300 billion worth of Chinese products effective 1 September and warned that it would continue "taxing" Beijing until a trade deal is reached.

The Chinese authorities have announced that they will take countermeasures if the United States goes ahead with the introduction of additional duties on Chinese goods.

"If the US increases tariffs, the Chinese side will take retaliatory actions. I think the United States should think carefully before taking such steps, because they will have to face the deplorable consequences of their own actions", said spokeswoman of the Chinese Foreign Ministry Hua Chunying.

"Slapping on tariffs is definitely not a constructive way to resolve economic and trade frictions, it's not the correct way", the minister reportedly said.

His comment was made a day after the US president pledged to continue "taxing" China until a trade deal is reached and vowed to impose an additional 10 percent tariff on $300 billion worth of Chinese goods starting 1 September.

In a series of tweets, Trump explained that his move was motivated by China's decision to renegotiate an existing trade deal prior to signing, not to purchase American agricultural products in large quantities - as promised, and not to stop the sale of Fentanyl to the US.

...buy agricultural product from the U.S. in large quantities, but did not do so. Additionally, my friend President Xi said that he would stop the sale of Fentanyl to the United States – this never happened, and many Americans continue to die! Trade talks are continuing, and...

A few hours after Trump revealed his decision, US stocks plummeted drastically, with the Dow Jones Industrial Trade Average falling by 1.05 percent, or 280.58 points.

The United States and China have been embroiled in an ongoing trade dispute since June 2018 when President Trump announced that he was slapping 25 percent tariffs on $50 billion worth of Chinese imports in a bid to fix what he described as "unfair trade practices". Since then, the two sides have resorted to several rounds of quid pro quo measures.

In June 2019, Trump and his Chinese counterpart Xi Jinping agreed to a 90-day truce at the G-20 summit in Japan. During this period, they would refrain from introducing additional tariffs and re-launch talks in an attempt to break the impasse.