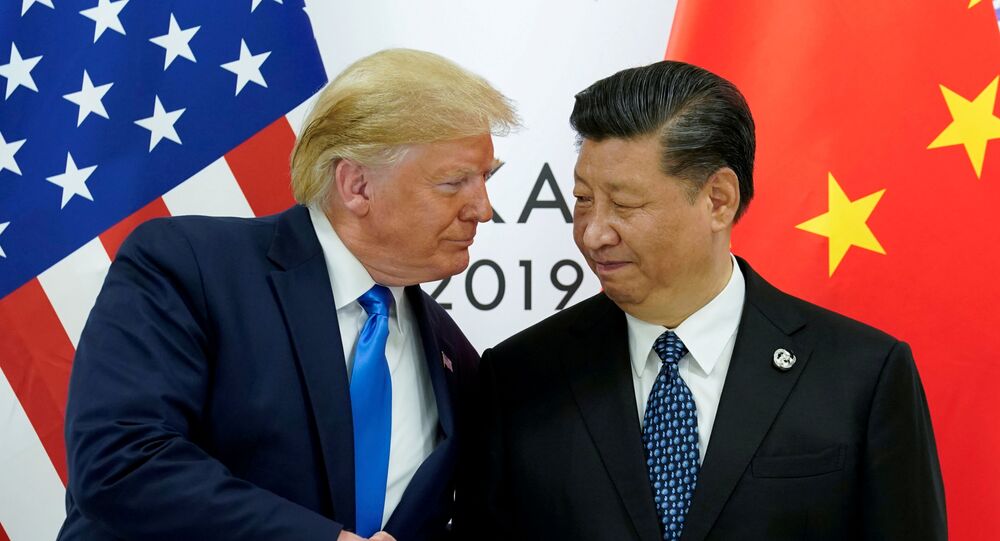 Earlier this week, China began purchases of a number of US agricultural goods after the White House reiterated China's earlier made commitment to doing so amid an ongoing trade dispute betwen the top economies.

US President Donald Trump said Thursday he would impose an additional 10% tariff on Chinese imports worth $300 billion beginning 1 September, while both sides persist in talks aimed at easing the bilateral economic tensions.

"Trade talks are continuing, and during the talks the US will start, on September 1st, putting a small additional Tariff of 10% on the remaining 300 Billion Dollars of goods and products coming from China into our Country," Trump tweeted.

He went on to note straight that  "this does not include the 250 Billion Dollars already Tariffed at 25%," he rounded off the tweet recalling the earlier exchange of duties between theworld's two biggest economies.

He further expressed hope for a "positive," as he referred to it, dialogue between the two parties to work out a comprehensive trade deal:

...We look forward to continuing our positive dialogue with China on a comprehensive Trade Deal, and feel that the future between our two countries will be a very bright one!

Earlier in the week, the White House brought up China's commitment to buying more US farm goods, prompring Beijing to kick off the purchases, as the Chinese Commerce Ministry told a press-briefing.

According to Trump, his Chinese counterpart Xi Jinping agreed to resume trade talks - paused since a breakdown in May- during their G20 meeting in Osaka, Japan, in late June, adding that he expects their Chinese economic partners to begin major purchases of US farm products.

US President Donald Trump stated shorly thereafter that a trade deal between Washington and Beijing is already in the works and that negotiations are underway via phone, expressing hope that the outcomes will be somewhat tilted toward the US' advantage.

China and the US have been engulfed in a trade war since last year, slapping several rounds of tariff hikes on each other. In May, the tensions escalated when Washington imposed a 25 per cent tariff on another $200 billion worth of Chinese goods, while Beijing boosted tariffs on $60 billion worth of US imports in June in response.