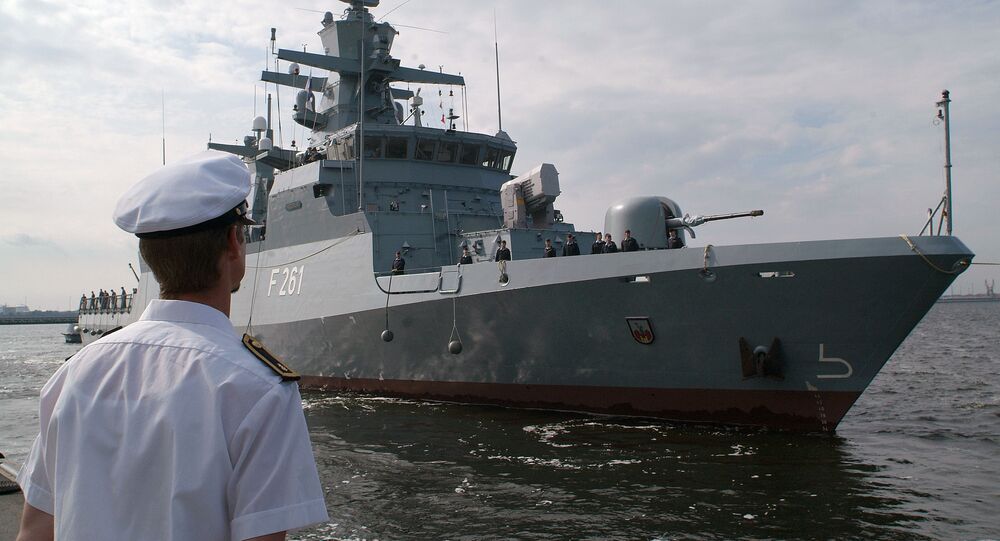 Earlier, both German and British officials said they did not support the US's "maximum pressure" strategy against Tehran, instead welcoming an operation proposed by London for a European-led security effort to "protect" commercial vessels operating in the Persian Gulf and near the Strait of Hormuz.

The United States has officially requested Germany, France and the UK to join its military mission in the Gulf to 'combat Iranian aggression,' the US Embassy in Berlin has indicated.

"We have formally asked Germany to help with securing the Strait of Hormuz and fighting Iranian aggression, along with France and the UK," a spokeswoman from the Embassy told the German Press Agency on Tuesday.

Asked to comment on the US offer, the German Foreign Ministry told Sputnik that Berlin is not seriously considering the US proposal.

"The US recently presented its concept of a naval observation mission in the Persian Gulf to a number of its allies, including Germany, and asked them to participate. The government took note of the proposal, but made no promises. Foreign Minister [Heiko] Maas has repeatedly stressed that, in our opinion, priority must be given to reducing tensions, and to diplomatic efforts. We are in close consultation with France and the UK. Participation in the US strategy of 'maximum pressure' is ruled out for us," the foreign ministry said in a statement.

Earlier, German Defence Minister Annegret Kramp-Karrenbauer insisted that every request should be weighed carefully depending on the specific situation. "We can talk about it first and decide [only] if we know what exactly is planned," she was cited as saying.

© AFP 2020 / ABED GHASEMI
In this handout picture provided by Fars news, an Iranian official talks to crew members inside the seized UK-flagged tanker Stena Impero off the coasts of Bandar Abbas in southern Iran, on July 21, 2019

Late last week, US Secretary of State Mike Pompeo said he had invited the Germans, French and British into the US-proposed 'international coalition', along with Australia, Japan, Norway, South Korea and other countries. The US previously indicated that an 'international maritime security framework', known as 'Operational Sentinel', was being set up, and aimed at "enhancing security" for commercial vessels operating in the Persian Gulf, the Strait of Hormuz, the Bab el-Mandeb Strait and the Gulf of Oman in the wake of recent attacks on oil tankers there. Washington has blamed these attacks on Iran. Tehran has denied these claims and accused the US and its Israeli, Emirati and Saudi allies of deliberately exacerbating the situation in the region.

On Saturday, German Foreign Minister Heiko Maas told German media that the US strategy of "maximum pressure" against Iran was an 'unacceptable scenario' for Berlin's involvement in the region, saying it preferred UK proposals in this area instead.

"Our local involvement must have a European face. We do not participate in the American strategy of 'maximum pressure'," Maas said. Denmark, France and Italy have also reportedly expressed interest in the UK's plan.

UK Foreign Secretary Jeremy Hunt announced London's plans to "put together a European-led maritime protection mission" last week in response to the seizure of a UK-flagged tanker in the Persian Gulf. That seizure followed UK Marines' detention of a tanker laden with Iranian oil off the coast of Gibraltar in early July. Iran said the UK-flagged tanker's seizure had nothing to do with the Gibraltar incident, and that the vessel was commandeered after ignoring an Iranian fishing vessel's distress calls and ramming into it, and turning off its navigation tracking instruments. London said Royal Marines seized the Iranian oil-laden tanker after accusing it of trying to deliver the crude oil to a processing facility Syria, in violation of European-wide sanctions against Damascus. Iran denied these claims.

The US-led coalition idea comes in the wake of escalating military tensions in the region. In mid-May, several tankers were sabotaged off the coast of the UAE. Two more tankers carrying 'Japan-related' cargo were struck off the Gulf of Oman in mid-June, on the same day that Prime Minister Shinzo Abe was visiting Tehran. Weeks before the attacks, the US announced plans to deploy a carrier strike group in the Middle East amid intelligence reports of an 'imminent threat' from Iran against its interests in the region. On June 20, Iran shot down a $220 million US spy drone flying over its territory. Last week, the Pentagon claimed it had shot down at least one Iranian drone operating within "threatening range" of its warships. Iran denied the claim, calling US statements "quite a big lie" and suggesting the US might have downed one of their own drones by mistake.

European nations have resisted joining Washington's campaign of "maximum pressure" against Iran as they remain committed to the 2015 Iran nuclear deal, which promised Iran sanctions relief in exchange for a commitment to halt its nuclear program. The US unilaterally withdrew from the treaty in 2018, with the deal's other signatories, including Russia, China, Germany, France, the UK, and the European Union, left scrambling to try to save it.