Earlier, after the detention of a British-flagged tanker by Iran's Revolutionary Guards on Friday, UK media announced that the Royal Navy would be beefing up its military presence in the Persian Gulf with the deployment of marines and a nuclear-powered submarine.

The UK will be seeking to "put together a European-led maritime protection mission to support safe passage of both crew and cargo" through the Persian Gulf, Foreign Secretary Jeremy Hunt has announced.

"We've had constructive discussions with a number of countries in the last 48 hours, and we will discuss later this week the best way to complement this with recent US proposals in this area," Hunt said, in a statement to the House of Commons on the further steps the UK plans to take to secure the release of a British-flagged tanker which was seized by Iran last week.

According to Hunt, the new military force would be "focused on free navigation," and would "not be part of the US maximum pressure policy on Iran, because we remain committed to preserving the Iran nuclear agreement."

The UK will establish this 'maritime protection mission' "as quickly as possible," the foreign secretary noted, and in the meantime would be taking other security measures to ensure its ships' safe passage through the Persian Gulf.

Hunt denied that there was any comparison to be made between Iran's seizure of the Stena Impero oil tanker on Friday and Royal Marines' commandeering of a Panamanian-flagged tanker carrying Iranian oil through the Gibraltar Strait on July 4.

"Iran has tried to present this as a tit-for-tat incident following the government of Gibraltar's action on the 4th of July to enforce EU sanctions by preventing the Iranian chartered tanker Grace 1 from supplying oil to Syria, but there is simply no comparison between Iran's illegal seizure of a vessel inside a recognised shipping lane, where the Stena Impero had every right to be, and the enforcement of EU sanctions against a tanker that had freely navigated into the waters of a British overseas territory," Hunt said.

According to the foreign secretary, Iran's "illegal" decision to obstruct the Stena Impero and board the vessel was "an act of state piracy which the House will have no hesitation in condemning."

"If Iran continues on this dangerous path, they must accept the price will be a larger Western military presence in the waters along their coastline; not because we want to increase tensions, but simply because freedom of navigation is a principle which Britain and its allies will always defend," Hunt concluded.

Iran's Islamic Revolutionary Guard Corps detained the Stena Impero on tanker after accusing it of turning off its positioning equipment, ignoring the distress calls of an Iranian fishing boat and colliding with it while ignoring repeated Iranian warnings about its unsafe behaviour.

The HMS Montrose, a British frigate assigned to guard British-flagged ships passing through the area, was dispatched to stop the tanker's seizure, but arrived too late, according to the British side. However, an IRGC spokesman alleged that the Royal Navy vessel did try to stop Iranian naval commandos from boarding the tanker, including by flying helicopters in the area, but ultimately failed to do so.

Earlier Monday, US Secretary of State Mike Pompeo appeared to break with the US's British allies, saying it "falls to" the UK to protect its own ships in the Persian Gulf. The UK and its European and Asian allies have voiced hesitation over earlier US proposals to establish an 'alliance of the willing' coalition in the Gulf to protect commercial vessels and shield them against possible attacks.

Prior to Friday's tanker seizure, it was the Iranian side that was condemning the UK over Royal Marines' detention of a tanker laden with Iranian oil off the coast of Gibraltar on July 4. Iran called the move an "act of piracy," and denied London's claims that the vessel was heading for Syria. Spain has promised to launch its own inquiry into the July 4 incident, since it considers the waters off Gibraltar to be Spanish territory. 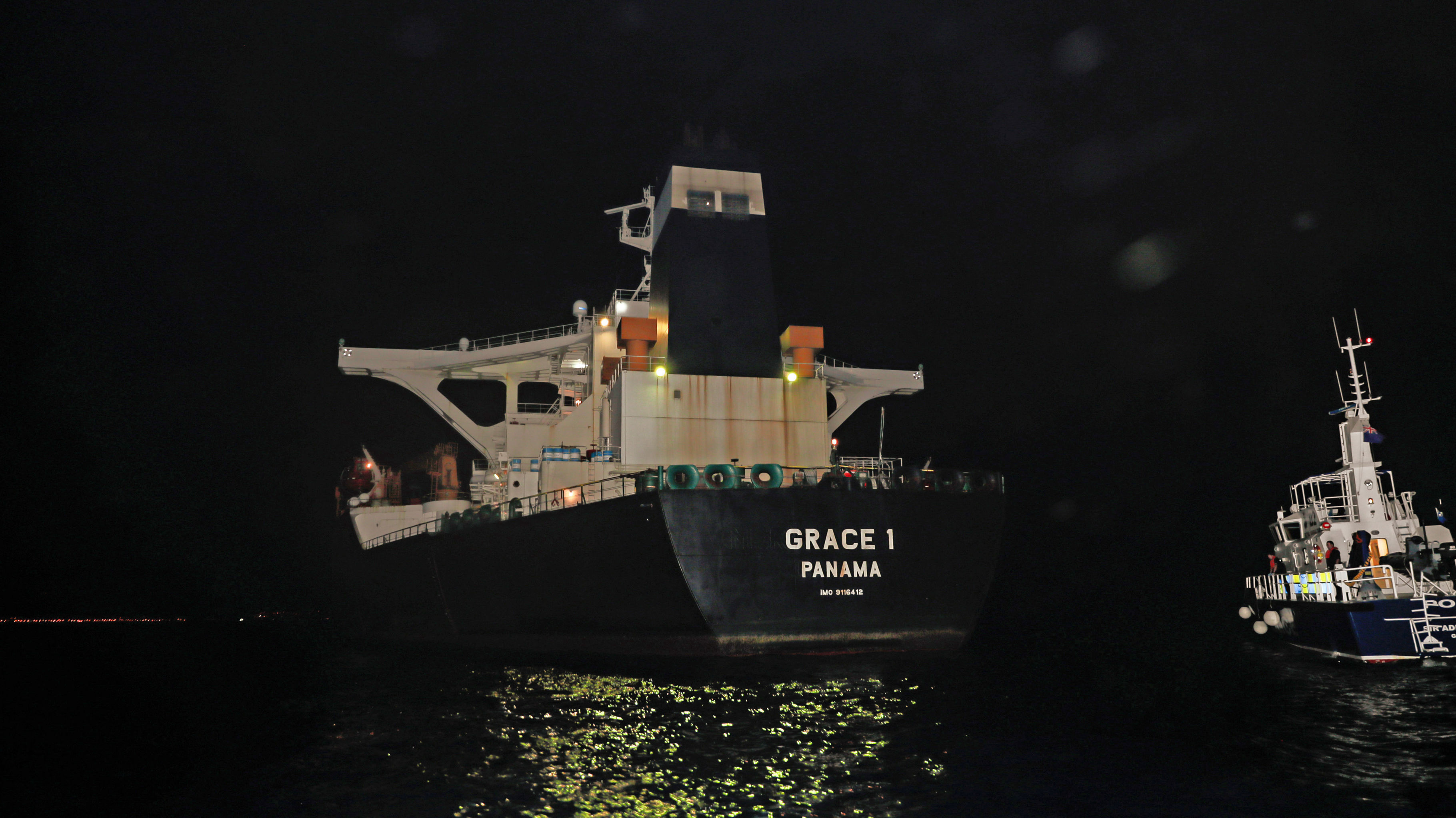 Dr. Alam Saleh, a lecturer in Middle Eastern politics at Lancaster University, said that London has been put into a difficult position amid Iran's recent actions in the Persian Gulf, with the UK having "very few" real options for dealing with the crisis.

"The UK is no longer an influencial and powerful actor in the region, particularly in the post-Brexit era. Furthermore, Prime Minister Theresa May leaves office soon and that puts London in a more chaotic situation to deal with the issue. Equally important, Britain lacks naval resources and defence budget to afford a costly confrontation against Iran in the Persian Gulf region," Saleh said.

According to the professor, the British-Iranian "tanker war" is really "rather a political war, designed by Washington, to involve the UK in the United States' economic/political war against Iran. This is particularly important since Trump’s administration has gained very few international, if any, international support in its politico-economic war against Iran. Having UK on board, like the 2003 Iraq war, is needed, and it seems Washington is successfully dragging London into the unwanted the recent Persian Gulf crisis again."

Ultimately, Dr. Saleh urged London to "learn from the past" and realise that President Trump is "not a reliable friend," saying the UK could benefit by mantaining a strategic alliance with Europe, even after Brexit, instead of getting "involved in Trump's bilateral and selfish Middle East agenda."