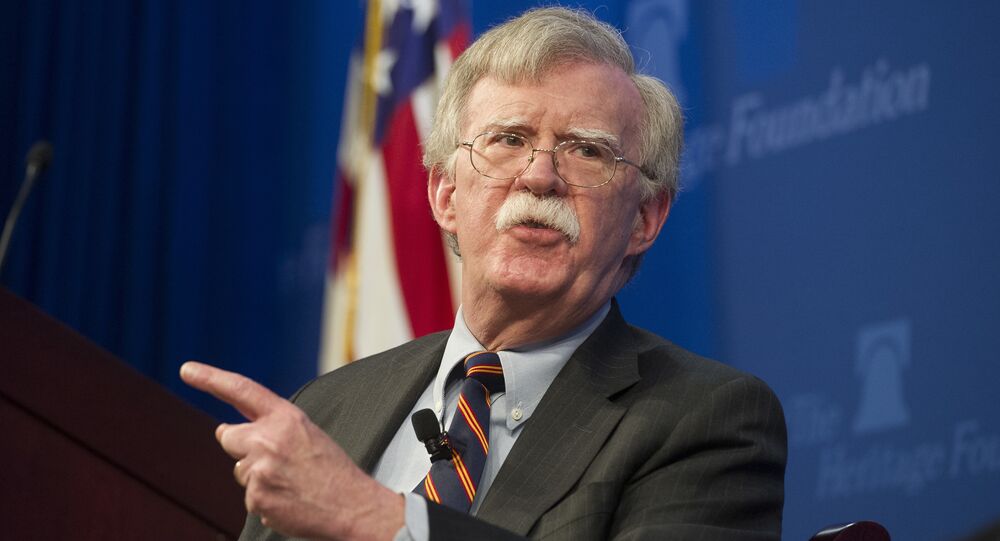 TEHRAN (Sputnik) - Moscow does not trust US National Security Adviser John Bolton's claims that Iran is "almost certainly" behind the recent attack on oil tankers in the UAE and qualifies this as a US attempt to impose its opinion on the whole world, Russian Deputy Foreign Minister Sergei Ryabkov said in an interview with Sputnik.

"We cannot take what our US colleagues say for granted. We've seen countless situations when Americans adjusted certain facts or events to political orders and their own narrow national beliefs of what happens and how it happens, and how something should be done. This is not even the UK 'highly likely', this is something worse. They are just presumptuously imposing their opinion on the whole world or at least trying to do so," Ryabkov said.

The minister stressed that such statements did not promote normalisation but were just fueling tensions.

"Such policies are especially dangerous in the Middle East. This is why we will continue calmly making effort to ensure that common sense eventually prevails and confrontation… gives way to a more sensible approach, while responsible officials engage in diplomacy rather than propaganda," Ryabkov added.

Bolton said on Wednesday that Iran had "almost certainly" engaged in the sabotage attack against four oil tankers off the UAE coast, which took place on May 12, leaving no casualties and no environmental damage.

The Iranian Foreign Ministry refuted accusations as baseless, accusing Bolton and "other warmongers" of plotting against Iran.