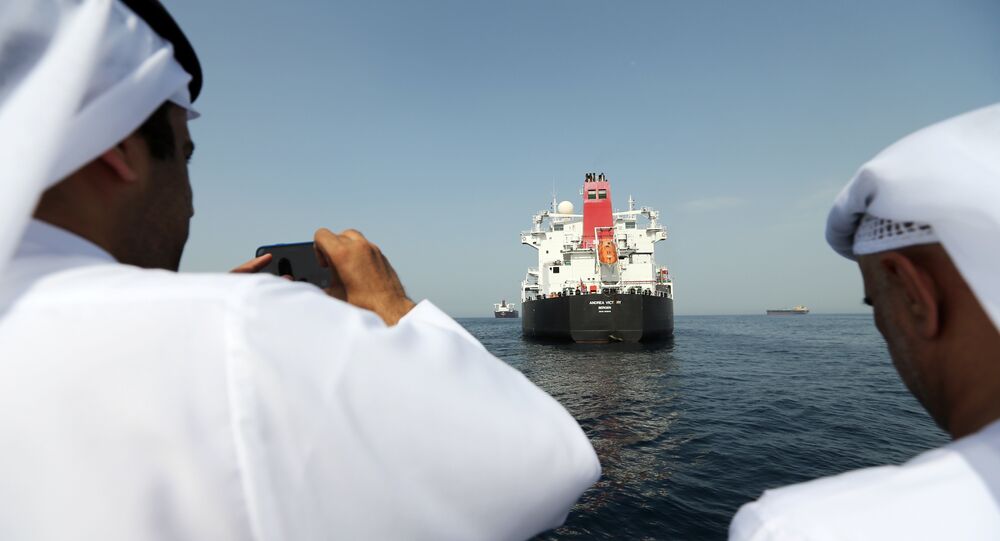 Previously, US Secretary of State Mike Pompeo brought the same charges, claiming that Tehran might be behind the incident. The Islamic Republic, however, repeatedly denied the allegations, stressing that the attacks must be investigated in order to preserve stability in the region.

According to Bolton, the tankers which witnessed explosions two weeks ago off the coast of Fujairah, UAE were damaged by "naval mines almost certainly from Iran".

The news comes as Washington has stepped up the US military presence near Iran's borders, deploying an aircraft carrier strike group, Patriot missiles, B-52 bombers and F-15 fighters to the Middle East.

Addressing the move, Bolton has called it a "clear and unmistakable message" to Tehran amid the partial suspension of the nuclear deal by Iranian authorities.

© REUTERS / Khalid Al-Mousily
Iran Extends Olive Branch to Persian Gulf Monarchies Amid Escalation With US
Earlier this month, four oil tankers — two Saudi, one Norwegian, and one Emirati — were targeted by acts of sabotage in the United Arab Emirates' (UAE) exclusive economic zone in the Gulf of Oman. Initially, media suggested there had been explosions that damaged the vessels; however, Abu Dhabi denied those reports.

US officials told reporters that Iran was responsible for the incident without providing any evidence and despite the fact that both Saudi Arabia and the UAE haven't accused Tehran of the sabotage.

According to reports, none suffered any injuries or died and no oil was leaked from the ships due to the attack.