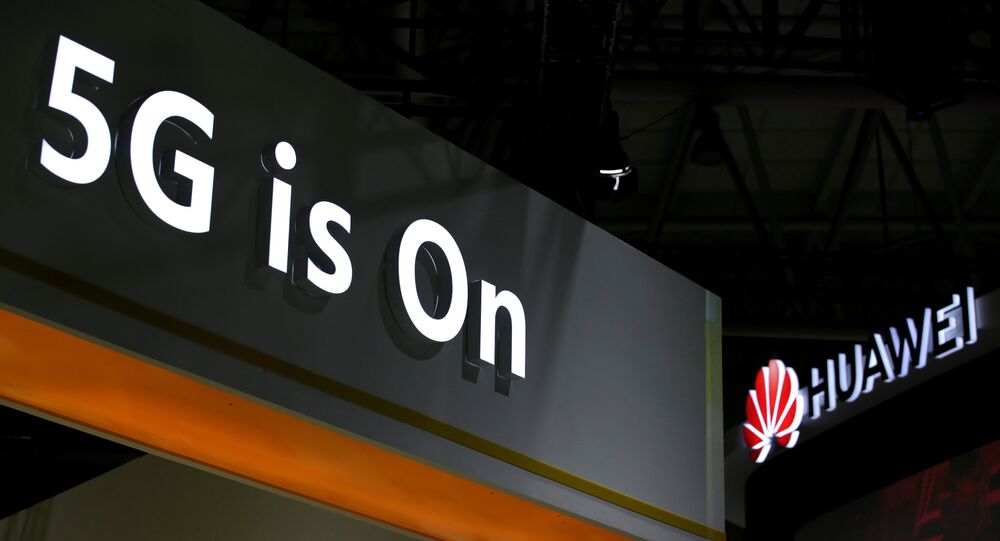 The United States, which has accused Huawei of spying on behalf of the Chinese government, has on a multitude of occasions warned its European allies against using the company's tech in their future 5G mobile phone networks. Washington has even threatened to stop sharing intelligence with them.

The official continued by saying that the company has been respecting all "applicable laws and regulations", and now is becoming "the victim of the bullying" by the United States, which he described as "not just an attack against Huawei", but an "attack on the liberal, rules-based order".

"We are pleased that Europe is coming out with its coordinated approach to 5G. The European Union has proved its capacity of bringing European countries together to develop some of the most advanced and comprehensive laws like GDPR (General Data Protection Regulation). Europe should continue to drive that agenda forward", Liu elaborated.

The announcement comes as the head of French telecom regulator ARCEP Sebastian Soriano confirmed Paris' plans to roll out its commercial 5G network as planned in 2020, regardless of the issues Huawei is facing following Washington's decision to ban the company and some 70 other Chinese firms from obtaining American-made tech.

© REUTERS / Edgar Su
Who is Trump REALLY Punishing by Blacklisting Huawei?
According to the French official, the ongoing US-Huawei tensions will have "a limited impact" on the 5G network's construction. Soriano believes that telecom companies can always switch to other suppliers if Huawei is facing trouble.

At the same time, he didn't rule out using Huawei gear, despite earlier warnings by Washington that it would "reassess" its intelligence-sharing policies with its European allies that choose to use the Chinese giant's tech in their 5G networks.

France is not the only European country to potentially allow Huawei's 5G technologies to be used: last month, Jochen Homann, director of Germany's Federal Network Agency — Bundesnetzagentur, told The Financial Times that his agency would not exclude any equipment supplier, including the Chinese firm, from the high-speed 5G network rollout.

The German official also emphasised that the Bundesnetzagentur had not received any evidence proving that Huawei has been spying on behalf of Chinese authorities. Even though the US warned that it would scale down intelligence cooperation with Germany if Berlin green-lit Huawei to take part in developing its 5G networks, German Foreign Minister Heiko Maas stressed that the country “can never be blackmailed”.

In April, reports surfaced that the United Kingdom had decided to allow Huawei to bid for "non core" 5G infrastructure. The information has not been officially confirmed yet, but still resulted in a rift between the UK and the US, and prompted an investigation into its origins, leading to the sacking of UK Defence Secretary Gavin Williamson over his alleged role in the leak of confidential discussions.

US Blacklisting and Espionage Allegations

© AP Photo / Mark Schiefelbein
US 5G Equipment Suppliers Urged to ‘Share Western Values’ Amid Huawei Ban
The move prompted Google to suspend the supply of hardware and some software services except those publicly available via open source licensing. Huawei phones, which run on Google’s Android operating system, are also expected to lose access to updates to some popular apps, but the existing devices will be safe from upcoming restrictions.

Huawei has promised to start legal proceedings against the American giant in response. The ban has also reportedly cut off the Chinese tech firm from US-based chip producers, such as Intel, Qualcomm, Xilinx, and Broadcom.

Over the past few months, the Chinese telecom giant has faced allegations that it has been spying and stealing commercial information on behalf of the Chinese government. The company itself has flatly denied the accusations, insisting that it is independent from the authorities and sees no reason for restrictions on its 5G activities in any country.

The United States, New Zealand, and Australia have already banned Huawei from developing their 5G networks, citing security threats. Washington has also been lobbying its European allies to follow in its footsteps and introduce similar restrictions, threatening to cease intelligence-sharing with countries that use Huawei's equipment.