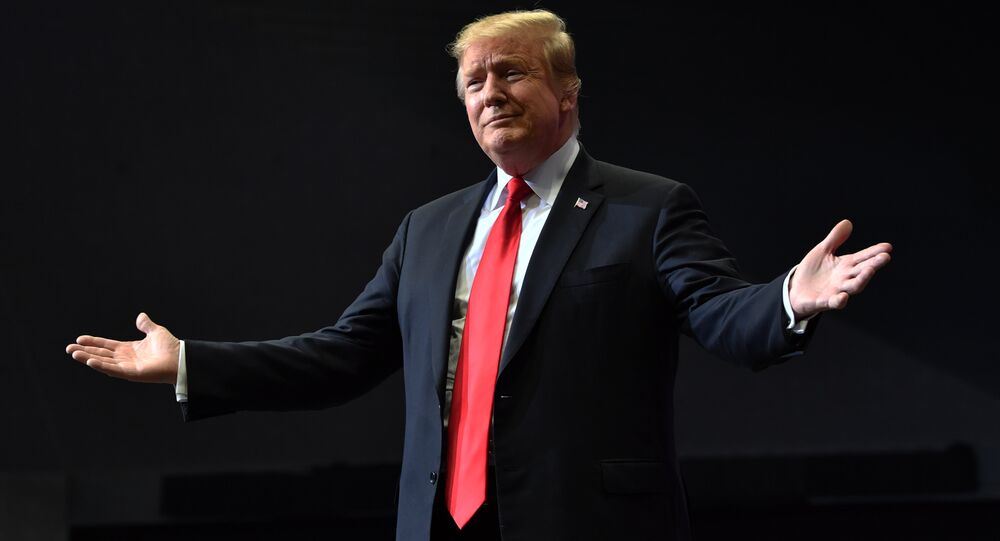 The dossier, compiled by former MI6 spy Christopher Steele, additionally contained allegations of Russian interference in Trump's election campaign. In April, a report by Special Counsel Robert Mueller concluded that there was no collusion between the US president and the Kremlin.

The heads of the UK’s MI5 and MI6 spy agencies were secretly briefed on a “dirty dossier” of 17 memos about US President Donald Trump’s alleged ties to Russia before he even knew the document existed, The Telegraph reports.

Special Counsel Robert Mueller’s probe into Trump ostensibly having relations with Russia wrapped up last month and found no evidence of the US president colluding with Moscow.

As for the “dirty dossier”, it was created by former British intelligence officer Christopher Steele who also told UK Prime Minister Theresa May’s top security advisors about his memos in the weeks after Trump’s presidential election victory in 2016.

Trump himself learned of the document in January 2017 when he was alerted by the FBI shortly before he took office.

The dossier included allegations that Trump hired prostitutes to perform “degrading sex acts” in a Moscow hotel, something that was dismissed by him as a “failing pile of garbage”.

Trump also claimed that “sick people put that c**p together”, slamming the dossier as a “fake” and “phoney” document.

He argued the memos were deliberately leaked by US secret services in order to tarnish his reputation before the 2017 inauguration ceremony.

“Does anyone believe that? I'm a germophobe”, Trump said in response to the dossier’s allegations about “golden showers” with Moscow prostitutes.

Additionally, the document contained allegations of Russian interference in Trump's 2016 election campaign. Last month, however, Special Counsel Robert Mueller's probe into alleged Russian meddling in the 2016 US presidential elections found no evidence of collusion between any member of the Trump campaign and Russia.

© REUTERS / Kevin Lamarque
Game Over, No Collusion With Russia - Trump on Mueller Probe
Shortly after the release of the Mueller report, Trump reacted by saying in an interview with Fox News that it “was an attempted overthrow of the United States government”. He drew parallels between the Mueller investigation and the Watergate scandal, which occurred between 1972 and 1974 and which finally led to then-US President Richard Nixon's resignation.

Russia, in turn, has repeatedly denied any claims of interference in US politics, stressing that the allegations were made up to excuse the election loss of Trump's opponent, as well as deflect public attention from actual instances of election fraud.