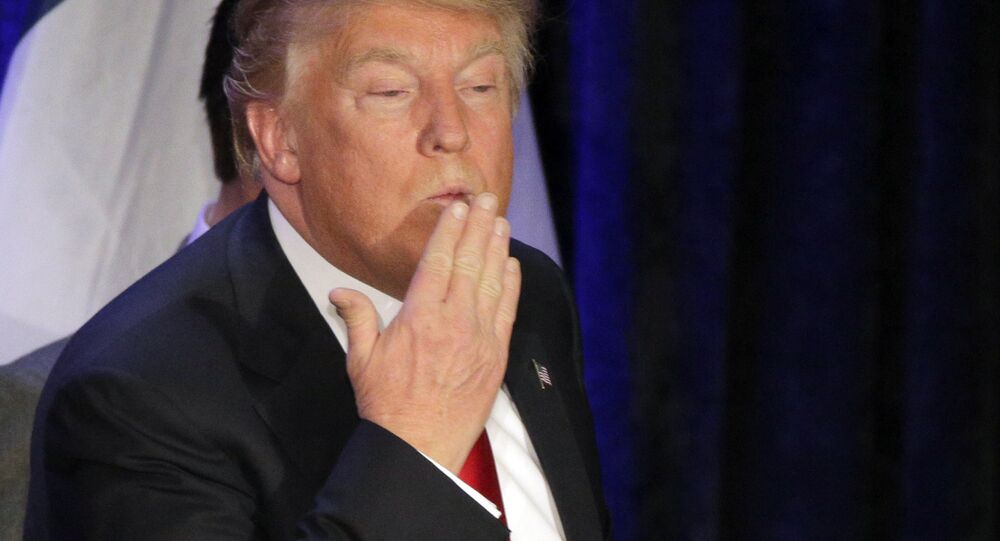 WASHINGTON (Sputnik) - The US Senate Intelligence Committee has found no direct evidence of a conspiracy between the Trump campaign and Russia during the 2016 US presidential election, NBC News reported on Tuesday.

The bipartisan committee, which is nearing the end of its investigation, has found no proof that US President Donald Trump formed a corrupt pact with Russia to offer sanctions relief or other favorable treatment in return for Russian help during the election, NBC News reported citing Democrats and Republics on the committee.

© REUTERS / Kevin Lamarque
Trump Accuses House Intel Chief of Collusion With Creators of Russia 'Dossier'
While the Intelligence Committee did not find any direct evidence of the alleged conspiracy between the US president and Russia, Democrats say the series of contacts between Trump’s associates, including his children, and various Russians suggest a campaign willing to accept help from a foreign adversary, the report said.

According to the report, Trump and his associates had more than 100 contacts with Russians before the January 2017 presidential inauguration.

Democratic Senate investigators told NBC News that it may take them six or seven months to write their final report.

© AP Photo / Pablo Martinez Monsivais
‘I Don’t Think I’ve Said That’: Ex-CIA Chief Who Pushed Russiagate Probe Backs Off Collusion Theory (VIDEO)
The ongoing investigation of Special Counsel Robert Mueller into Russia’s alleged meddling during the 2016 election has also not unearthed any evidence that would implicate Trump directly of collusion with Russia.

The US president has dismissed Mueller's probe a political witch hunt that has not produced any evidence in two years.

Russia has repeatedly denied interfering in the US election, saying the allegations were made up to excuse the defeat of Trump's campaign opponent as well as deflect public attention from actual instances of electoral fraud and corruption.