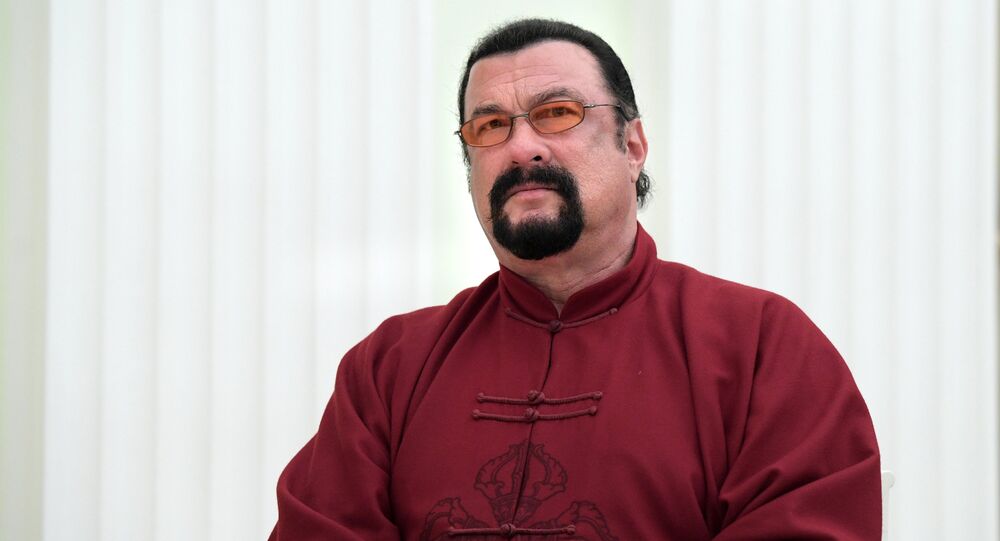 MOSCOW (Sputnik) – US actor Steven Seagal, who is the Russian Foreign Ministry's special representative in charge of Russian-US humanitarian ties, said that an alleged collusion between US President Donald Trump and Russia is just a fantasy and a part of propaganda material.

"I believe this is a situation where there is a tremendous amount of propaganda against Russia, and in my opinion, most of the things that are being said is fabricated and untrue. And I think that this whole thing with Russian collusion and the president of the United States [Donald Trump] being involved in Russian collusion… it's all a fantasy," Seagal told Fox News on Tuesday.

© REUTERS / Larry Downing
Ex-CIA Chief of Russia Ops: US Has Carried Out Election Meddling Historically
He noted that all these propaganda was linked to the interior political struggle of the United States.

Trump has been repeatedly accused of collusion with Russia during the US 2016 elections.

Moscow has denied claims of interfering in the US vote, saying the allegations have been invented to excuse the election loss of the other presidential candidate, Hillary Clinton, as well as to deflect public opinion from actual instances of electoral fraud, corruption and other pressing issues.