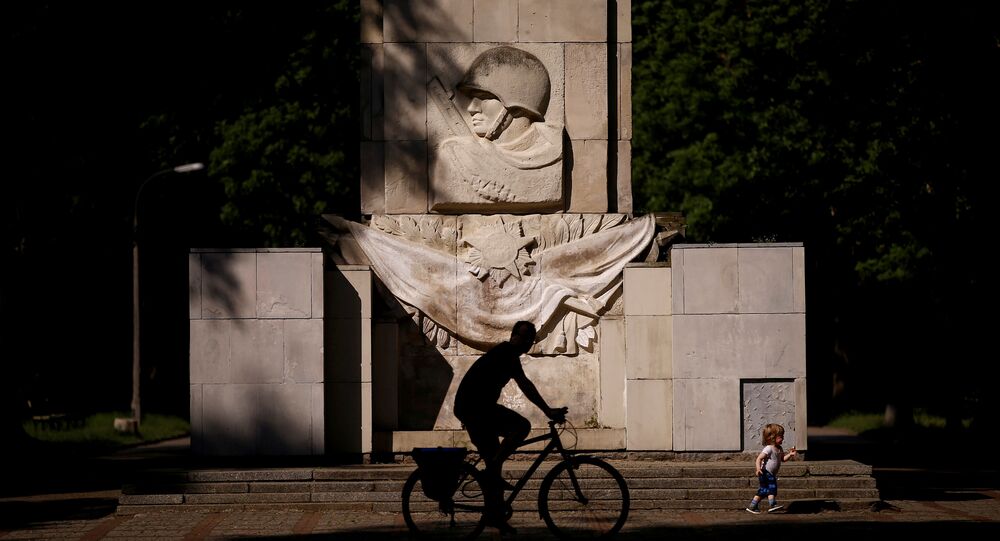 Previous efforts by the Polish government to demand war reparations from Moscow for World War II damages have been balked at by officials in Moscow.

A self-described pro-US, pro-Israeli, 'anti-globalist biblical party' from Poland calling itself the 'November 11 Movement' has created a petition on the White House's We the People website asking US President Donald Trump for assistance in obtaining "adequate compensation" from Russia and Germany for damages caused in World War II.

"Free Poles are appealing to the USA, the victor in World War II and the guarantor of the post-war agreements, for assistance in regaining war reparations from Germany and Russia," the petition reads.

In addition to achieving "historical justice," a successful reparations campaign would play "a key role in Poland becoming a strong ally of the United States in the face of the threat that arises in Europe and Asia – a new Empire of Evil," the petition adds, in reference to Ronald Reagan's Cold War-era description of the Soviet Union as an 'Evil Empire'.

© Sputnik / Sputnik
'What a Disgrace!': Russian Embassy Slams Waffen-SS Veterans Rally in Riga (PHOTOS)
Speaking to The New American, a small print magazine owned by the John Birch Society, petition coauthor and November 11 Movement vice president Pawel Chojecki explained that the petition was crucial to stifling the "imperialist plans of Germany and Russia," adding that the reparations money could be used by Warsaw to buy US military equipment.

"Today, Angela Merkel and Vladimir Putin are trying again to implement a plan of creating Euroasia….If those imperialist plans of Russia and Germany are not stopped, it is possible that in near future more American soldiers and civilians will have to die to stop criminal plans of Russia, Germany and China," Chojecki, a Lublin-based pastor and TV host, said.

Created in February, the petition has garnered less than 7,000 signatures as of this writing, and requires over 93,000 more before March 20 to receive an official response from the White House.

Demanding reparations from Russia for WWII is not just the dominion of small groups of political activists. In 2017, lawmakers from Poland's ruling Law and Justice (PiS) party argued that Warsaw had the right to demand compensation from both Russia and Germany, since Poland had spent "trillions of zlotys" to rebuild from WWII.

Responding to the demands, Germany's ambassador to Poland said that the reparations issue was "politically and legally closed," although Berlin does take "moral" responsibility for the war. Russian lawmakers, for their part, dismissed their Polish counterparts' claims as absurd, reminding them that the Red Army freed Poland during the war and restored the country's status as a sovereign nation in the international community.

© REUTERS / Pawel Ulatowski
Poland vs. Russia: Malfunctioning Memories Breed Monsters, if Only in Word
Sensitivities between Moscow and Warsaw have been running high for years over the Polish government's efforts to destroy hundreds of monuments dedicated to the estimated 600,000 Soviet troops who were killed in fighting against Nazi troops on Polish territory during the Second World War in so-called 'de-communisation' efforts. The Russian Foreign Ministry has characterised the demolition effort as an attempt to "cripple" the two countries' "common history."
...
Reddit
Google+
Blogger
Pinterest
StumbleUpon
Telegram
WhatsApp
254

Russian Deputy FM: US Base in Poland Will Dismantle NATO-Russia Founding Act