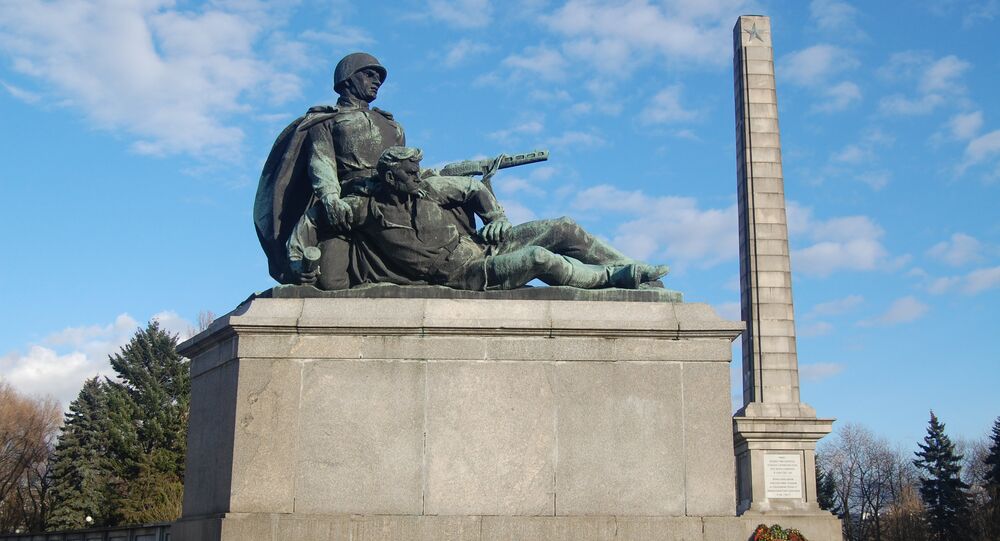 "Unwilling to respond to our insistent signals and demands to stop this outrage, Warsaw says that the demolition of the monuments in honor of the [Soviet] liberator soldiers will continue… We strongly oppose the current line of Warsaw in military memorial affairs, it hits our common history, just trying to cripple it," Zakharova told a briefing.

© Wikipedia / sfu
Russia to Give Asymmetric Response to Demolition of Soviet Monuments in Poland
Amendments to the law banning propaganda of communism or another totalitarian systems were enforced in Poland last fall. The law presupposes, among other things, the demolition of Soviet monuments in public places within 12 months.

According to the Polish Institute of National Remembrance, it will apply to more than 450 monuments throughout the country, 230 of which are monuments to soldiers of the Red Army.

In January, Russian Foreign Minister Sergey Lavrov said that a war against monuments was being waged in Poland and Russophobia was being consciously, consistently, and broadly planted as a national idea.