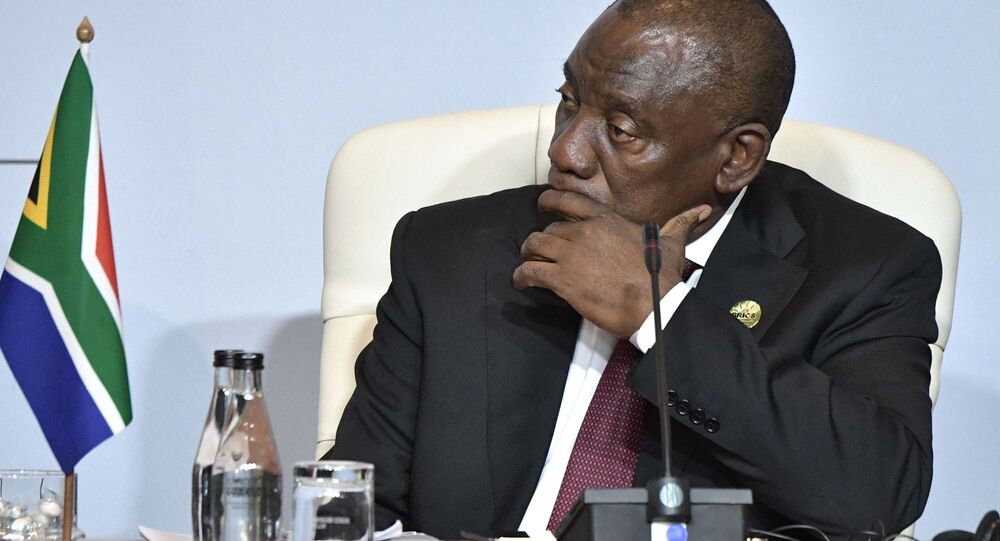 Pretoria's decision, said to have been taken due to the Israeli government's continued violation of the rights of Palestinians, comes amid concerns over the minority rights of South Africa's own white minority.

The South African government has begun the process of downgrading the status of its embassy in Israel to a liaison office due to "continued Israeli violations of the rights of Palestinians", President Cyril Ramaphosa said, speaking at a question and answer session before lawmakers this week.

"The government is in the process of giving effect to a resolution of the governing party that South Africa should downgrade its embassy to Israel," Ramaphosa told the National Assembly, referring to a December 2017 resolution by the African National Congress Party to reduce the country's diplomatic presence in Israel as a means of "practical support" to the Palestinian people who he said face "human rights abuses and violations of international law."

"In implementing this conference resolution, we are mindful of the South Africa's responsibility to continue engaging with all parties to the conflict to see where we would be able to provide assistance. As such, the South African government remains seized with the modalities of downgrading the South African Embassy in Israel and we will communicate once the cabinet has fully finalised on this matter," the president said.

© AFP 2020 / MENAHEM KAHANA
IDF Provides Military Training to African States in Bid to Boost Ties – Report
Tensions between Pretoria and Tel Aviv escalated last May, when South Africa withdrew its ambassador to the Middle Eastern country amid violence along the border between Israel and the Gaza Strip, which led to the death of over 250 Palestinian protester, with over 9,200 injured, as well as 2 Israeli soldiers killed and 6 troops and 5 civilians injured. South Africa's ambassador returned to Tel Aviv in September 2018.

South Africa and Israel enjoyed close ties for much of the Cold War, forming a close economic and military partnership during the Apartheid-era which included cooperation on South Africa's nuclear weapons programme, which has since been abandoned. Since the end of Apartheid, South African officials have advocated for a two-state solution to the Israeli-Palestinian conflict, with efforts made to normalise relations after President Nelson Mandela visited Israel in 1999.

The South African government has faced criticism regarding its policy toward its own minorities in recent months amid government plans to confiscate the large landholdings of white farmers in a bid to redress Apartheid-era inequities which critics allege is discriminatory. Some members of the white minority, which make up about 9 per cent of the country's population, have warned that the land redistribution scheme could lead to civil war.