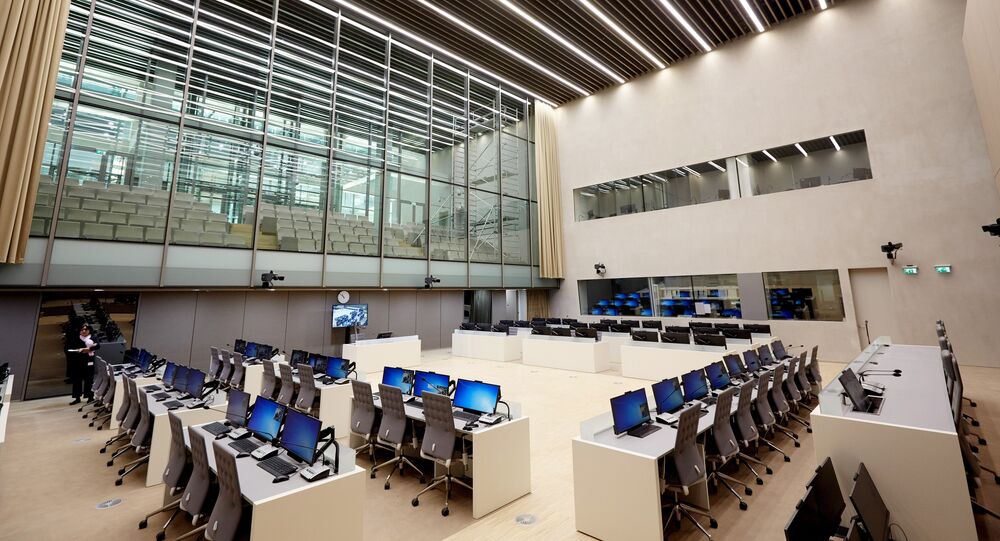 France Sides With ICC: Institution Must Be Left to Operate Independently

France has commented on Washington's threats, voiced by National Security Advisor John Bolton on Monday, to sanction the ICC if it goes ahead with plans to investigate suspected war crimes in Afghanistan carried out by members of the US armed forces and the CIA.

"France, with its European partners, supports the International Criminal Court, both in its budgetary contribution and in its cooperation with it," Foreign Ministry spokeswoman Agnes von der Muhll said in a statement.

As the official noted, the institution must operate without barriers.

"The court must be able to act and exercise its prerogatives without hindrance, independently and impartially, within the legal framework defined by the Rome Statute," it said.

The statement was made on Monday after US National Security Advisor John Bolton threatened to sanction the International Criminal Court if it went ahead with plans to investigate suspected war crimes in Afghanistan carried out by members of the US armed forces and the CIA between 2003 and 2004.

© Sputnik /
Bolton: 'To Hell With International Law!'
In his speech in Washington, Bolton said that the US would consider blocking ICC judges and prosecutors from entering the US, prevent them from launching legal proceedings, sanction funds and prosecute them in US courts if the ICC sought to prosecute American citizens or citizens of allied nations, such as Israel. Commenting on an ICC inquiry into alleged Israeli war crimes in the West Bank and Gaza, Bolton called Israel's actions an effort "to defend citizens from terrorist attacks," and said that the United States would "not allow the ICC, or any other organization, to constrain Israel's right to self-defense."

Later in the day, White House Press Secretary Sarah Sanders said that the ICC's possible Afghanistan inquiry was a "threat to American sovereignty," and warned that "the United States would consider those options" proposed by Bolton if the tribunal proceeded with its investigation.