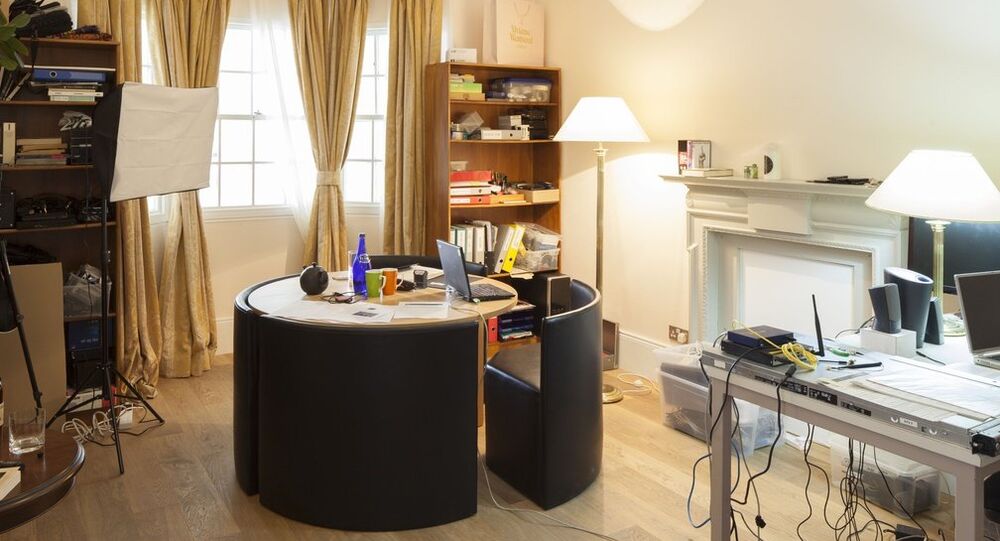 WikiLeaks founder Julian Assange’s health is degrading rapidly while he remains cooped up in the Ecuadorian Embassy in London, according to his attorney, and his life may be in jeopardy if he does not obtain medical treatment soon.

A member of the WikiLeaks legal team told iTWire Friday that Assange has been cut off from proper medical attention for half a dozen years and is facing the music as a result. "If there is not a resolution to his case — in other words, the UK guaranteeing that he will not be extradited to the US — the reality is Julian's health will deteriorate to the point where his life is in serious danger."

If Assange exits the embassy, British police are prepared to arrest him. While he is in the embassy, however, Assange is officially beyond the reach of UK law enforcement.

"This is a cruel and inhumane stance from a government professing to be a liberal democracy," said Greg Barns, an Australian attorney who works on Assange's legal team.

"What is remarkable is that Julian remains so mentally alert and is able to function physically given the inevitable impact of six years of detention without natural light or access to fresh air on a constant basis," the lawyer said.

It's not entirely clear what medical ailments Assange is suffering from, though studies show that experiencing less sunlight can be linked to major depression.

During long winters, for example, the absence of sunlight is believed to contribute to a unique type of depression called Seasonal Affective Disorder, or SAD. Temporary periods of darkness in one's environment and mood last several months with SAD patients on an annual basis; Assange's environs have not changed for six years.

Assange has been sought by US authorities for publishing leaked, classified documents through WikiLeaks. The Australian national has been the subject of intense scrutiny by US officials since the 2010 publication of thousands of secret documents leaked by then-US Army intelligence officer Chelsea Manning, including a video of US helicopter gunning down a pair of Reuters employees.

Former CIA Director Mike Pompeo, who slotted into the role of secretary of state following Rex Tillerson's dismissal, accused WikiLeaks of being "a non-state hostile intelligence service," during a speech at the Center for Strategic and International Studies in Washington in April, 2017.

"Julian Assange has no First Amendment freedoms. He's sitting in an embassy in London. He's not a US citizen," Pompeo said.

The extent to which Assange is wanted in America changes quite dramatically depending on the topic. For instance, there have been calls for Assange to be prosecuted under the Espionage Act like Manning was. In this case, extradition to America would likely mean time behind bars. Switch the topic from US war crimes to the case of so-called Russian hacking of US elections, though, and the US Senate Select Committee on Intelligence is eager for Assange to testify in a closed hearing.

WikiLeaks published emails from high ranking Democratic politicians in 2016, leading to great embarrassment and ultimately, some say, Hillary Clinton's defeat in her presidential race against Republican reality TV show host Donald Trump. While the US intelligence community and FBI have alleged that hackers backed by the Russian government sent the trove of information on the likes of one-time Democratic National Committee Chair Debbie Wasserman-Schultz and Clinton campaign chief John Podesta to WikiLeaks, many observers are still awaiting a concrete link between WikiLeaks and whoever sent them the emails. WikiLeaks has declined to reveal its source.

After the intelligence committee sent its request to Assange last month, an attorney for the 47-year-old stated August 9: "[T]he inquiry has asked for him to appear in person at a mutually agreeable time and place. We are seriously considering the offer but must ensure Mr. Assange's protection is guaranteed."

Health concerns would not be the only risks to Assange's well-being. Clinton reportedly wondered in a closed-door meeting during her time at the State Department, "Can't we just drone the guy?" in order to silence him and deprive WikiLeaks of momentum. She was reportedly referring to the possibility of ordering an MQ-1 Predator or MQ-9 Reaper to fire missiles at Assange in retaliation for publishing dipolomatic cables embarrassing to the Obama administration.

​Clinton said in October 2016 she had no idea what that report was about, but, if she had said that, "it would have been a joke if it had been said. But I don't recall that."

​Clinton also joked about deposing and assassinating Libyan leader Muammar Gaddafi. "We came. We saw. He died," Clinton is on record as saying, before bursting into a chuckle.

Ecuador 'Under Huge Pressure' by US Government Over Assange - Lawyer