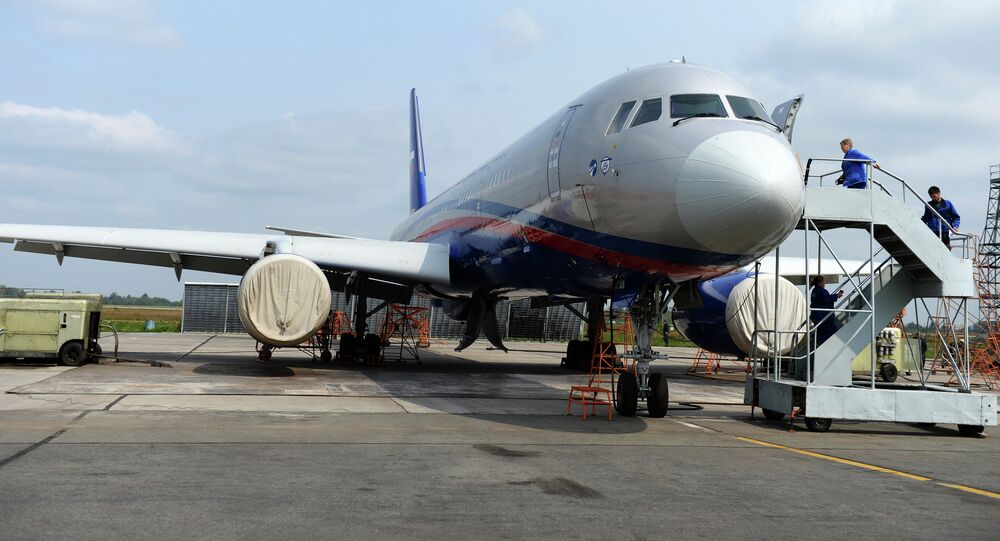 MOSCOW (Sputnik) - Russia fully complies with the Treaty on Open Skies, the US accusations are completely groundless, Yevgeny Serebrennikov, the deputy chair of the Russian upper house's defense and security committee, told Sputnik.

"The US accusations against us are completely groundless. Russia acts in full compliance with the agreements and their terms — as well as with the agreement on the destruction of chemical weapons," Serebrennikov said.

On Monday, US President Donald Trump signed the 2019 National Defense Authorization Act into law. According to the bill, the United States will not obligate any funds to implement the Open Skies Treaty until penalties are imposed against Russia for previous violations.

Those restrictions were introduced in June 2017, when Washington stated that Moscow was violating the terms of the treaty by placing restrictions on overflights of Kaliningrad, Russia's enclave on the Baltic Sea. Addressing those allegations, Moscow stated that it fully complied with its obligations under the agreement.

Serebrennikov also noted that Russia can provide additional materials to prove that the Sarmat ballistic missiles do not fall under New Strategic Arms Reduction Treaty (START), but there is little hope that Washington would accept these arguments.

"The Russian side has repeatedly provided the United States with evidence that these weapons in no way violate the New START treaty. They do not want to accept this evidence. Perhaps the Russian side will provide additional materials … I hope that these arguments will be accepted, but there is less and less hope," he said.

© Photo : Youtube / Минобороны России
Russia's Avangard Hypersonic Glider Warhead Has Already Entered Production – Source
According to the 2019 National Defense Authorization Act the US will discuss with Russia if the latter's new strategic weapon systems, including the Sarmat missile system, the air-launched nuclear-powered cruise missile X-101, the unmanned underwater vehicle the US government calls "Status 6," and the long-distance guided flight hypersonic glide vehicle Avangard, are in compliance with the New START treaty.

The legislation says that Trump must report if Russia will agree to declare the covered systems as strategic offensive arms or otherwise pursuant to the treaty.