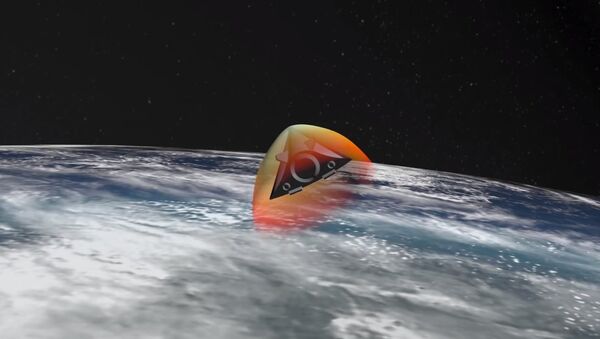 A military-diplomatic source confirmed to Sputnik that the Avangard has entered production, and recalled that the strategic system is capable of intercontinental flights through the dense atmosphere at speeds up to Mach 20, making it invulnerable to any existing or prospective anti-aircraft or missile defense systems.

The source also confirmed that Kinzhal, the ultra-maneuverable air-launched missile flying at speeds above Mach 10, has also been deployed by the Russian military.

Russian President Vladimir Putin offered new details on prospective Russian weapons systems, including the Avangard, during his annual address to lawmakers last week. Following Putin's speech, Sergei Karakayev, Commander of Russia's Strategic Missile Forces, provided more information on the Avangard, including its long-range, non-ballistic trajectory and maneuverability characteristics. The composite materials used in the glider allow its body to withstand heat up to several thousand degrees Celsius, and offer protection against laser irradiation. Karakayev was able to confirm that the testing of the weapon had successfully wrapped up.

Russian military expert Alexei Leonkov told Sputnik that the creation of the Avangard effectively rendered US missile defenses "useless," while security analyst Mostafa Azrian added with systems like the Avangard and the Kinzhal provide Russia with a capability to strike a "devastating" counterblow to any would-be aggressor.

During his speech last week, President Putin made sure to emphasize the defensive nature of Russia's new advanced weaponry, stressing that Moscow had no plans to attack anyone. "Just the opposite" was the case, Putin said, as "Russia's growing military power is a solid guarantee of global peace."