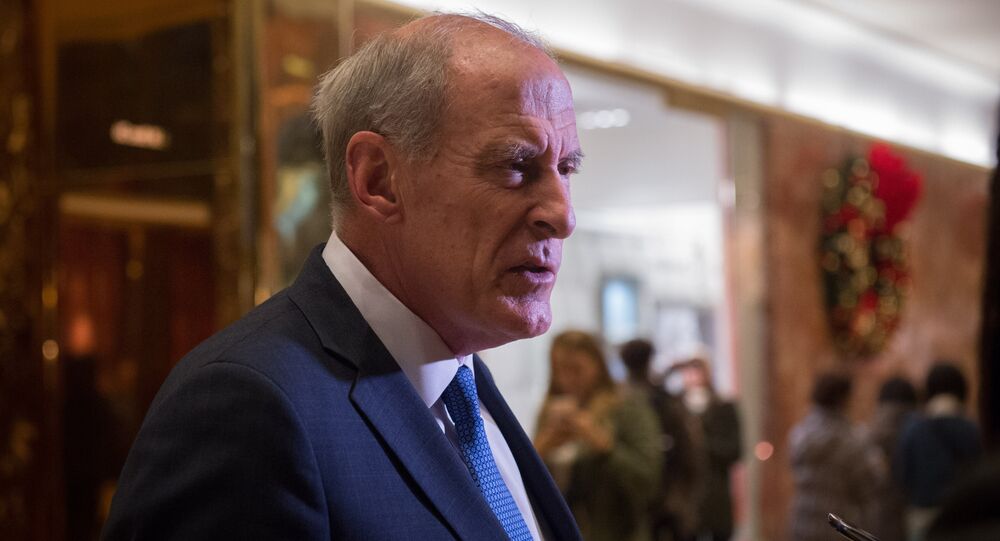 On Thursday, the White House announced that Russian President Vladimir Putin had been invited to Washington this fall. Commenting on the news, US National Intelligence Director Daniel Coats said that the proposed visit was "going to be special."

In an interview with The Washington Post, the US president's senior advisers expressed concern over recent remarks by US National Intelligence Director Daniel Coats on the Putin-Trump summit, which they said could be seen as a personal betrayal and Coats' attempt to make fun of the US leader.

Speaking on condition of anonymity, one high-ranking White House official said that "Coats has gone rogue."

The statement came after Coats said during his interview with NBC on Thursday at the Aspen Security Forum that he would have advised Trump against high-level talks with Vladimir Putin.

He also looked clearly surprised when he was told that the White House had invited Putin for a visit this fall.

"Say that again. Did I hear you? Okaaaay. That's going to be special," Coats said.

He added that he was not in the know about what went on during Trump's one-on-one meeting with Putin.

Also on Thursday, Trump tweeted that he looked forward to his "second meeting" with Vladimir Putin "so that we can start implementing some of the many things discussed, including stopping terrorism, security for Israel, nuclear proliferation, cyber attacks, trade, Ukraine, Middle East peace, North Korea and more."

"There are many answers, some easy and some hard, to these problems … but they can ALL be solved!" Trump concluded.

A number of Democratic and Republican lawmakers lambasted Trump over the fact that he appeared to disagree with US intelligence claims that Russia meddled in the 2016 US presidential elections. Trump then clarified his remarks, saying that he did believe that Russia had indeed meddled in the US electoral process.

He also responded to his critics by saying that the "haters" were just angry that he didn't turn the summit with Putin into a "boxing match."