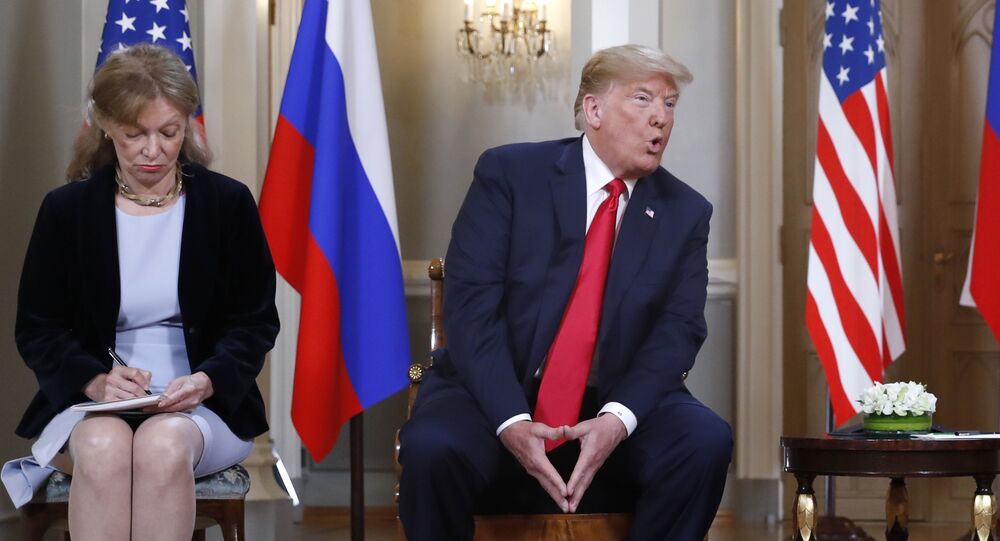 WASHINGTON (Sputnik) - A majority of Americans do not approve of the way US President Donald Trump handled his meeting with Russian President Vladimir Putin earlier this week in Helsinki, Finland, a new CBS News poll revealed on Thursday.

The poll found 32 percent of Americans approved of how Trump handled the summit, while 55 percent disapproved.

Most Americans, 70 percent, also believe the US intelligence assessment that Russia interfered in the 2016 election.

When it comes to possible Russian interference in the 2018 midterm elections, 61 percent of Americas are at least somewhat concerned about it.

Russia has denied all allegations of interfering in the 2016 election and has called the accusations groundless. Moreover, Russian officials have said the allegations were made up to provide an excuse for the electoral loss of a candidate as well as to deflect public attention from actual instances of election fraud, corruption and other pressing issues.