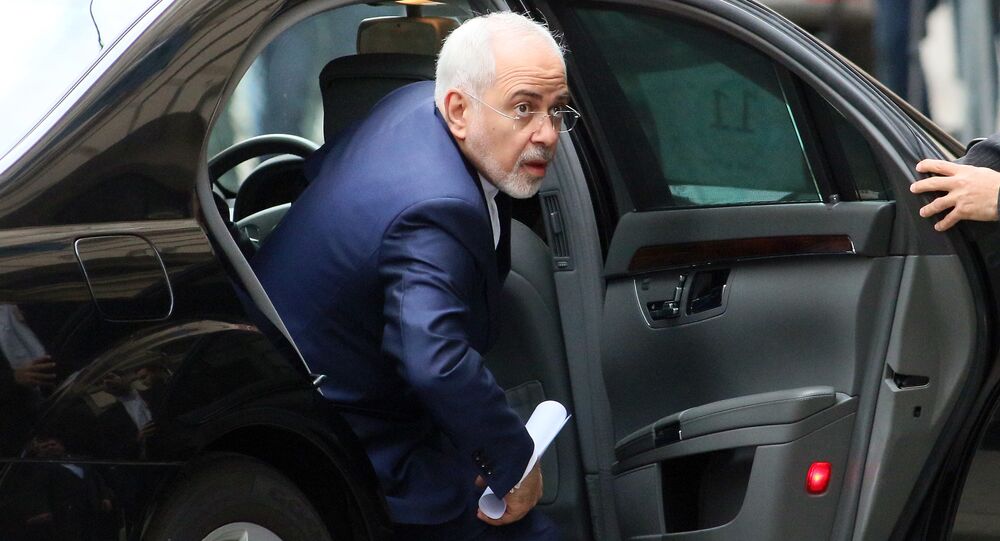 North Korean Supreme Leader Kim Jong Un should know that the US has a history of “quitting treaties and violating their commitments” before trusting Washington, Iran’s Foreign Ministry said Monday.

Just hours before US President Donald Trump is to meet North Korea's supreme leader, the Iranian Foreign Ministry warned that before any deals are made, Kim should be aware that Washington is known for breaking agreements.

A spokesman for Iran's Foreign Ministry said during a weekly briefing with reporters Monday that Iran views the Trump-Kim summit with "great pessimism," the Times of Israel reports.

Emphasizing Tehran's distrust, Iranian Foreign Minister Javad Zarif referred to Trump as the "habitual Deal-Breaker-in-Chief" in a tweet on Monday without explicitly mentioning any names.

While the G7 were busy fighting among themselves in Quebec—and unsuccessfully trying to appease the habitual Deal-Breaker-in-Chief—the #SCO Summit in Qingdao illustrated something altogether different: respectful cooperation among nations committed to multilateralism. https://t.co/Ae3w0uvQSM

​On the morning of June 12, Trump and Kim are slated to meet in Singapore. Both leaders are already present in the southeast Asian city-state, and the Singaporean foreign minister was seen taking selfies with the leader of frequently isolated North Korea.

​The US side seeks denuclearization on the Korean Peninsula under terms that give US and international authorities broad power to inspect nuclear reactors in North Korea at any time they choose to verify parts of a potential denuclearization agreement.

In 2015, the permanent members of the United Nations Security Council — the US, UK, France, China and Russia — were joined by Germany and Iran in agreeing to the Joint Comprehensive Plan of Action, better known as the Iran nuclear deal, which allowed inspectors from the International Atomic Energy Association to audit Iran's nuclear facilities and ensure compliance with uranium enrichment restrictions in exchange for the lifting of sanctions.

Tehran was found to be compliant by the likes of US Defense Secretary James Mattis, the IAEA, and basically anyone that checked the facilities in question. Nevertheless, three years after the agreement signed by his predecessor, Trump moved to exit the deal last month.

The Atlantic reports that one of Trump's personal associates told the publication over the weekend that the "Trump Doctrine" on governing is actually pretty straightforward: "People criticize [Trump] for being opposed to everything Obama did, but we're justified in canceling out his policies. There's the Obama Doctrine, and the ‘F*ck Obama' Doctrine. We're the ‘F*ck Obama' Doctrine."

Tehran Looks at Russia, China to Save Nuke Deal as US Quits Agreement - Zarif