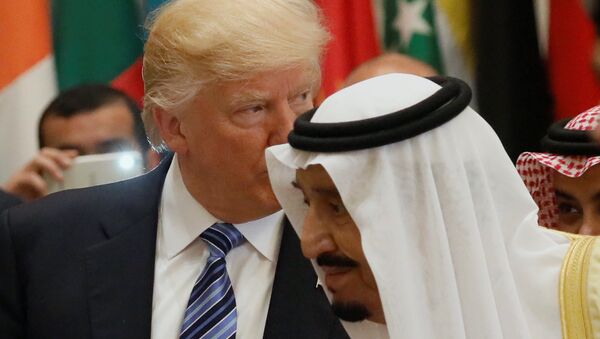 Shortly before US President Donald Trump announced his decision to withdraw his country from the Iran nuclear deal, the White House reportedly attempted to ensure that Saudi Arabia would help maintain oil prices at a stable level.

A senior Trump administration member allegedly made a call to Riyadh in a bid to ensure that Saudi Arabia would help deal with a possible decrease in oil output, a day before the US announced its withdrawal from the Joint Comprehensive Plan of Action (JCPOA), also known as the Iran nuclear deal, Reuters reports citing three sources familiar with the matter.

Iran: Europe Must Compensate Tehran if US Reimposes Nuclear Sanctions
According to the news agency’s sources, the White House official called Saudi Crown Prince Mohammed bin Salman to make sure that the US could count on Saudi Arabia’s support, both as the world’s biggest oil exporter and an influential member of OPEC.

One of the sources reportedly claimed that the call took place on May 7, while the other two sources did not name the exact date of that conversation.

"We were made aware of the decision on the JCPOA before the announcement… We always have conversations with the US about the stability of the oil market," a senior Saudi official told Reuters, though he did not confirm whether the aforementioned phone call took place.

A White House spokesman also declined to comment on this matter.

In May this year, Trump announced his decision to withdraw from the Joint Comprehensive Plan of Action (JCPOA), which requires Tehran to maintain a peaceful nuclear program in exchange for sanctions relief. Trump's decision was largely criticized by other parties to the JCPOA who refused to follow the US’ example.