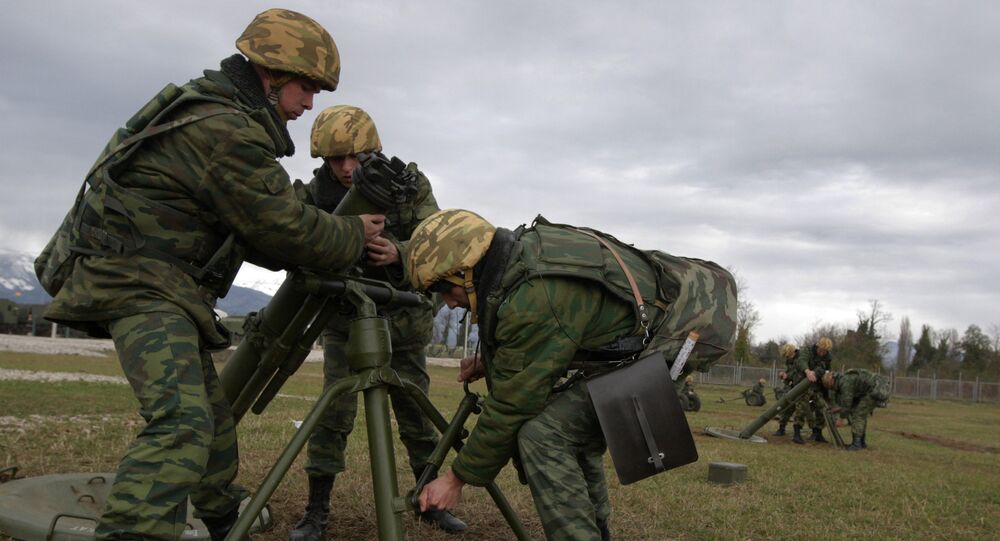 Washington has condemned Syria's plan to establish diplomatic relations with Abkhazia and South Ossetia, urging Russian "forces" to withdraw from these territories, the US State Department announced.

"These regions are part of Georgia. The United States’ position on Abkhazia and South Ossetia is unwavering," State Department spokesperson Heather Nauert said in a statement.

Earlier in May, South Ossetia’s President Anatoly Bibilov told Sputnik that the pullout of Russian forces from South Ossetia is out of the question, since the military of the two states had elaborated a joint security approach stipulating that Russia ensures South Ossetia's security.

In August 2008, Dmitry Medvedev, then president of Russia, signed a decree recognizing South Ossetia’s and Abkhazia's independence in the wake of Georgia's military offensive against South Ossetia. According to Medvedev, it was "the only opportunity to save the lives of people."

© Sputnik / Aleksey Nikolskyi
Putin Confirms Russia's Commitment to Promote Security With South Ossetia in Caucasus
In turn, Washington spoke against Russia's recognition of the regions' independence, with then US Secretary of State Condoleezza Rice stressing that the US would continue to regard Abkhazia and South Ossetia as part of Georgia and was ready to use its veto right in the UN Security Council to block any attempts by Russia to change the region's status.

Georgian troops began a military operation in South Ossetia in order to regain control of the region and partially destroyed its capital. Russia sent troops to South Ossetia to try to protect local residents, many of whom had Russian citizenship. After five days of hostilities, Russia managed to expel Georgian troops from the region. This caused Georgia to cut diplomatic ties with Russia, as Georgia regards South Ossetia and Abkhazia as occupied territories.

Abkhazia and South Ossetia declared their independence from Georgia in the early 1990s. During the Soviet period, both regions enjoyed autonomous status, however, after the USSR's dissolution, independent Georgia decided to deprive the regions of their autonomy, which resulted in military conflicts. Residents of Abkhazia and South Ossetia have repeatedly spoken in favor of independence. In October 1999, 97.5% voted for Abkhazia's new constitution, which proclaimed the region a sovereign democratic state. In January 1992 and in November 2006, about 99% of those taking part in the referendums voted for the independence of South Ossetia.

In addition, Washington has condemned Syria's move to recognize the independence of Abkhazia and South Ossetia and to establish diplomatic relations with them, stressing that the US supports Georgia's independence.

On May 29, Syria recognized the independence of South Ossetia and Abkhazia and agreed to establish diplomatic relations with the republics at the level of embassies.

Apart from Syria, South Ossetia has been recognized by five UN member states (Nauru, Nicaragua, Russia, Tuvalu, and Venezuela), though Tuvalu withdrew its recognition of the republic in 2014.