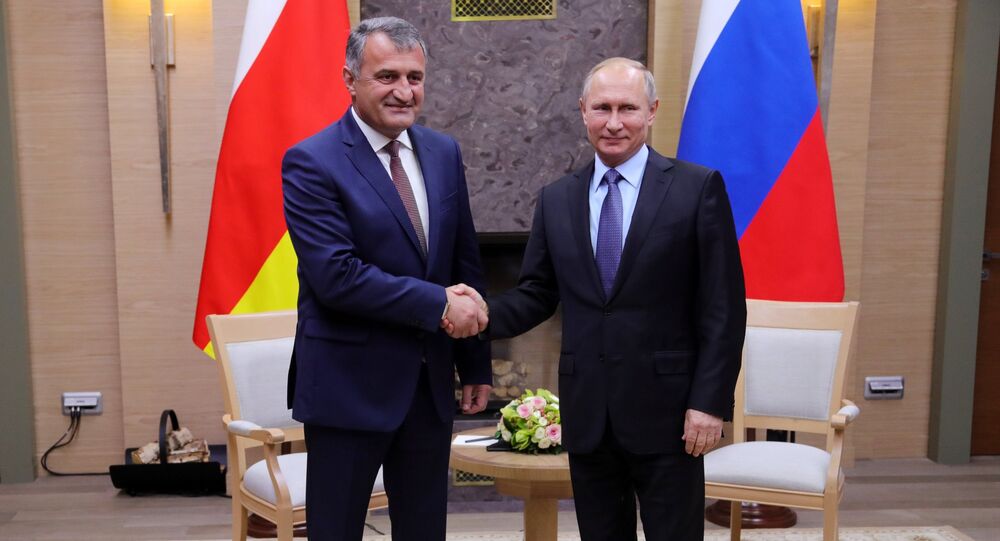 MOSCOW (Sputnik) - Anatoly Bibilov, the leader of South Ossetia, which broke away from Georgia after a military conflict a decade ago, has invited the Russian president and prime minister to mark the Independence Day.

"I invited Russia’s President Vladimir Putin and the head of its government, Dmitry Medvedev, who decreed in 2008 to recognize South Ossetia’s sovereignty," he told the Izvestiya newspaper.

In an interview out Saturday, Bibilov said the celebrations of the tenth anniversary would be attended by several other leaders, including from Georgia’s other breakaway region of Abkhazia.

© Sputnik / Said Gutziev
'Russia Always Ready to Protect Its Nationals': PM on 2008 War in S Ossetia
South Ossetia declared independence after a military offensive by Georgian troops in August 2008 to regain control of the region partially destroyed its capital. Russia's troops moved in to protect many of its citizens there.