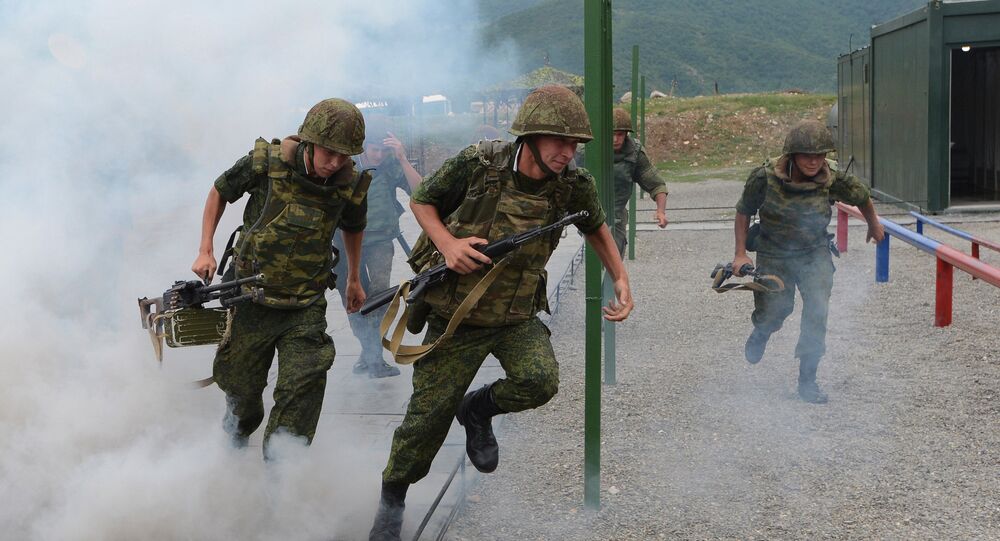 Pullout of Russian Forces Is Out of Agenda - South Ossetian President

ST. PETERSBURG (Sputnik) - The pullout of Russian forces from South Ossetia is out of the agenda, the military forces of the two states have elaborated a joint security approach, South Ossetia’s President Anatoly Bibilov told Sputnik in an interview.

"Today, Russia is a guarantor of South Ossetian security. Any talks about pullout of forces following some incomprehensible wishes of the United States or Georgia are out of agenda," Bibilov said on the sidelines of the St. Petersburg International Economic Forum (SPIEF).

According to the president, the accords between the two countries stipulate that Russia ensures the security of South Ossetia and such state of affairs could not be changed.

© Sputnik / Said Gutziev
'Russia Always Ready to Protect Its Nationals': PM on 2008 War in S Ossetia
South Ossetia declared independence after a military offensive by Georgian troops in August 2008, launched in order to regain control of the region, partially destroyed its capital. Russia's troops moved in to protect many of its citizens in the region.

Then-president of Russia Dmitry Medvedev signed a decree recognizing South Ossetia's independence on August 26, 2008. This caused Georgia, which regards South Ossetia and Abkhazia as its occupied territories, to cut diplomatic ties with Russia.

SPIEF, held annually in Russia's second largest city of St. Petersburg, is a major global platform for communication between business representatives and the discussion of crucial economic issues. The event started on Thursday and will continue through Saturday. Sputnik is the official media partner of the forum.