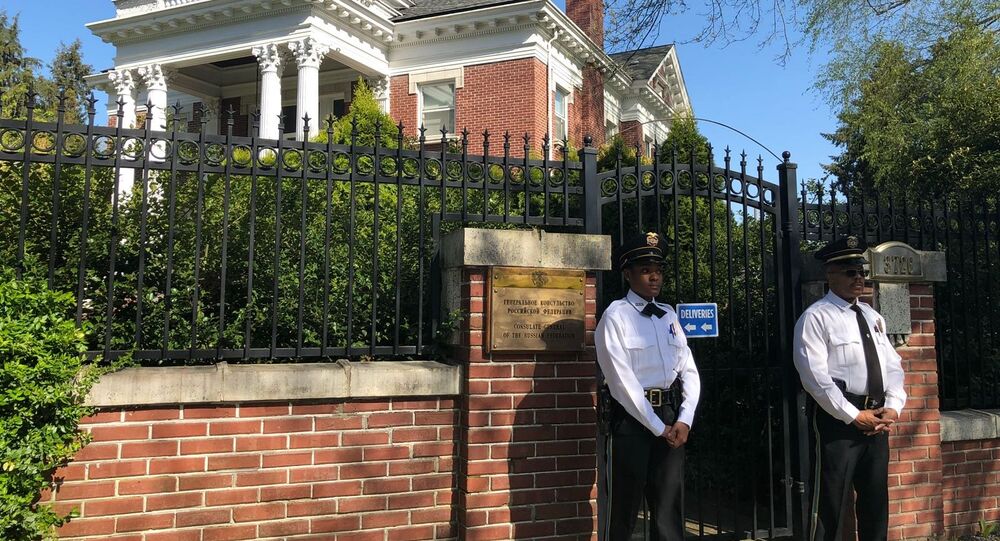 "Colleagues in Washington have crossed a red line and went beyond what is permitted and reasonable," he said in a comment to the Kommersant newspaper out Thursday.

Ryabkov called the Wednesday intrusion unparalleled in the history of international relations and suggested taking US authorities to court.

"It is another question what the reaction of the US judiciary will be," he said, adding Russia was in for an "experiment on an issue that simply has no precedent."

Meanwhile, according to the Russian Embassy in Washington, the US intrusion on a closed Russian consulate in Seattle has dimmed prospects for improving bilateral ties.

"They took down the locks and now do whatever they please on the Russian territory. We regard such US actions as hostile against Russia," the Embassy said in a statement. "These actions alienate the prospects for improving US-Russia relations. They also create additional complications for contacts between Russian and American people, as well as hinder strengthening of regional and global security."

The embassy accused US authorities of storming the residence of the Russian Consul General in violation of international norms and regulations, saying this "most certainly counts as an additional blow to the US-Russia relations, which are already in a crisis state."

READ MORE: US Says Walked Through Russian Property in Seattle to Confirm Had Been Vacated

The diplomatic mission also accused US media of "raising hysteria" around Russian diplomats who were ordered to leave for allegedly conducting covert operations on the US soil. Russia's Ambassador Anatoly Antonov said earlier the 60 expelled diplomats were demonized as spies by US media.

"Our fellow diplomats, who were expelled from the US were highly professional public servants, decent and humble people, who did all they could to develop US-Russia relations," the Embassy argued.

© REUTERS / Lindsey Wasson
Closure of Russia's Seattle Consulate to Effect US Citizens Over Time – Council
This comes after CNN reported, citing unnamed US officials, that some consulate staffers had been suspected of tracking Russian defectors who resettled in the United States. At least one of them was under a CIA protection program, the broadcaster claimed. It said the intelligence agency and the White House had declined to comment.

The diplomatic mission was ordered shut by April 2 and vacated by this Wednesday after the US administration sided with London in blaming Russia for the poisoning of an ex-spy in Salisbury. US State Department officials broke gate and front door locks and entered the premises after the deadline expired.