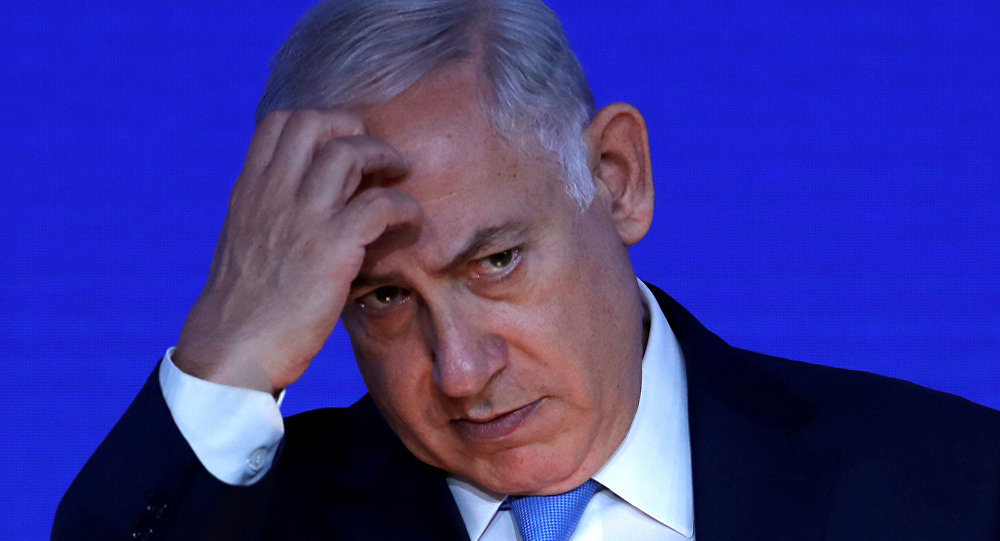 TEL AVIV (Sputnik) - Israeli Prime Minister Benjamin Netanyahu said Sunday he would like to discuss the possibility of Trump attending the opening of the US Embassy in Jerusalem, which is being relocated from Tel Aviv.

Last year, Trump announced his decision to move the US Embassy from Tel Aviv to Jerusalem, effectively recognizing the city as Israel's capital.

"I will definitely discuss this possibility with him," Netanyahu said, when asked if Trump might attend the opening of the Embassy.

Netanyahu is set to hold talks with Trump on Monday and address a conference of the lobbying group American Israel Public Affairs Committee (AIPAC) on Tuesday.

The Israeli prime minister is planning to thank Trump for his decision to relocate the embassy; the move is expected to take place on May 14, the anniversary of the founding of the modern Israeli state. The relocation will have a symbolic nature, as one of the buildings of the US Consulate will have a new sign.

Palestine, which also claims Jerusalem as its capital, has criticized Trump's decision and suspended its dialogue with Washington.