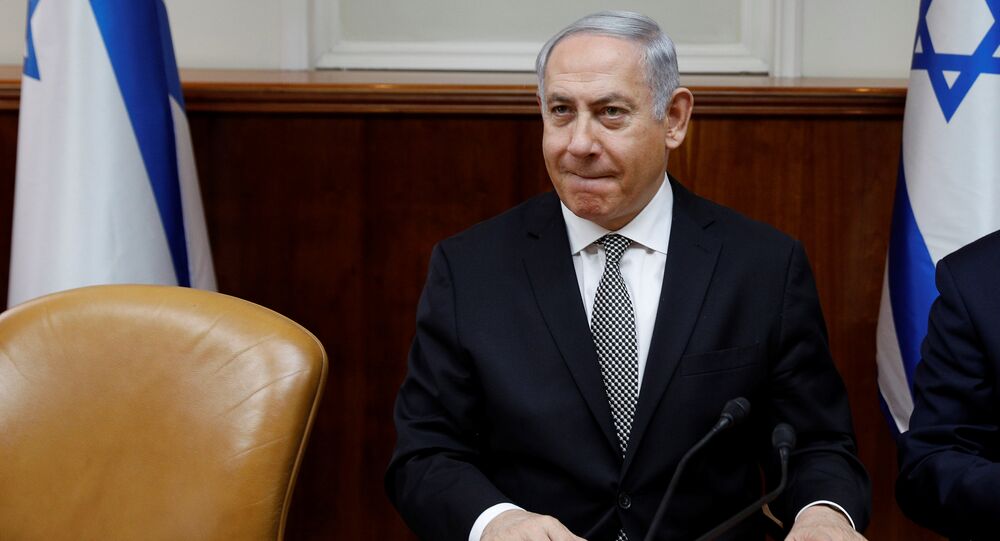 Israeli media suggested that elections may be held in June and that the ongoing corruption investigation may spoil Netanyahu's chances of winning the elections.

Israeli Prime Minister Benjamin Netanyahu said on Sunday that "there was no reason" for an early vote "if there is good will."

"For me, there is goodwill. I hope that the other (coalition) partners also have it," Netanyahu, who has been under scrutiny over corruption allegations and faced protests across the country, pointed out.

Despite the election uncertainty caused by the corruption probe, Benjamin Netanyahu is confident that this time his government will be able to work a full term — until the next elections in November 2019.

Israeli media reported that early elections will be held no later than in June despite the opposition in the government.

Earlier, investigators recommended that the Attorney General's Office of Israel initiate a case against Netanyahu — according to the police, the prime minister should be accused of corruption.

Police are investigating the Prime Minister for corruption in two cases  — one involving gifts worth more than $ 100,000 from Hollywood tycoon Arnon Milchen, and another involving his unscrupulous means of gaining support from one of the major Israeli newspapers.