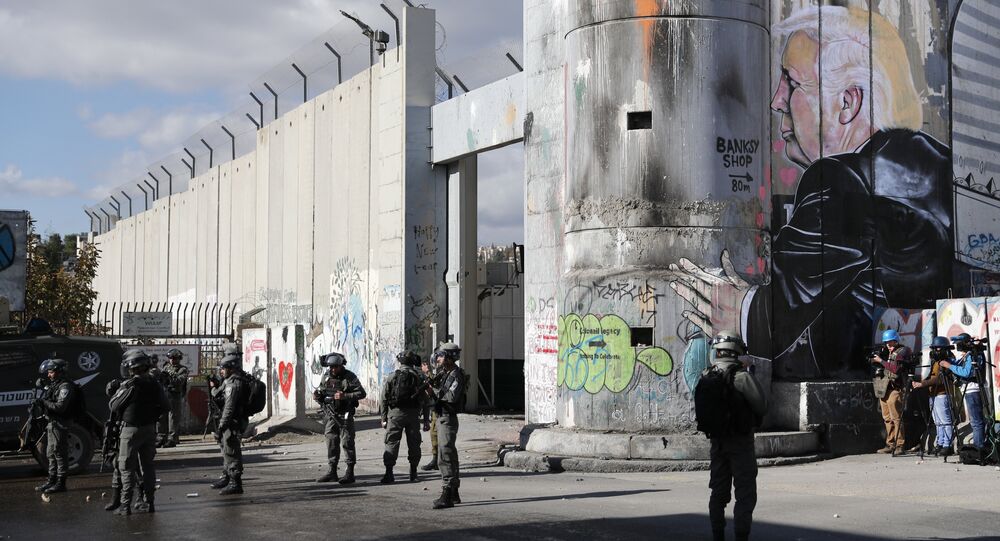 The US State Department has reportedly rejected the proposal voiced by the US ambassador to Israel, David Friedman, to stop using the word "occupation," referring to the West Bank, Israeli public broadcasting channel Kan reported.

Responding to the report, a US State Department official said that there has been no change in US policy regarding the West Bank, adding that the final decision on the terminology lays with Donald Trump.

Friedman, an Orthodox Jew who once served as Trump's bankruptcy lawyer, though lacking a formal diplomacy background, became Trump's top adviser during his presidential campaign.

© REUTERS / Ammar Awad
Israelis Arrest 29 Palestinians During Overnight Raids in West Bank, Gaza - Reports
According to media reports, he was considered to be a controversial candidate for the post of US ambassador to Israel, due to his inflammatory statements. In September, he dubbed Israel's control over Palestinian territories "an alleged occupation," adding that Israel occupied only two percent of the West Bank and that the illegal Israeli settlements were a part of the Jewish state.

The day before, the Palestinian news agency Ma'an reported that 15 new settlement housing units, as well as new roads, were planned to be built in the area, to the west, south and east of the Ahia settlement in the Palestinian village of Jalud, while more agricultural lands were reportedly being bulldozed in the area to clear the construction site.

However, after the US vetoed the Egypt-drafted UNSC resolution on Jerusalem, supported by 14 other states, the United Nations General Assembly adopted the document, condemning Trump's decision to recognize the Holy City as the capital of the Jewish state.

Israel seized Jerusalem from Jordan during the Six-Day War in 1967. The international community does not recognize the annexation of East Jerusalem, a holy site for three religions, and believes its status should be determined based on an agreement with the Palestinians, who seek to create their own state in territories occupied by Israel.