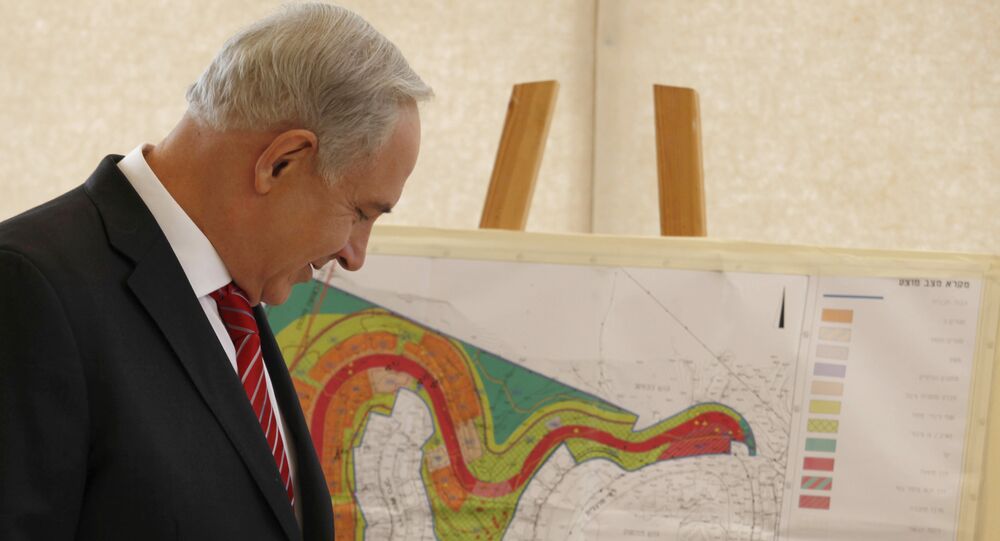 According to a cabinet member cited by the newspaper, the resolution was brought before the cabinet earlier in the day without prior notice. The concrete funding criteria are supposed to be set later.

In contrast, the Prime Minister's Bureau denied any connection between Tuesday's meeting and the resolution.

"The decision has no connection to the meeting with the rabbis. The issue never came up in the meeting. This is a proposal that is passed every year toward the end of the budget year. It was also brought for a vote at the end of last year," the Bureau said in a statement as quoted by Haaretz.

On Tuesday, Israeli Prime Minister Benjamin Netanyahu held a meeting with senior rabbis who reportedly requested support for the construction of settlements.

As it was reported the day before by the Palestinian news agency Ma'an, 15 new settlement housing units, as well as new roads, were planned to be built in the area, to the west, south and east of the Ahia settlement in the Palestinian village of Jalud, while more agricultural lands were reportedly being bulldozed in the area to clear the construction site.

In May 2017, the UN's Office for the Coordination of Humanitarian Affairs (OCHA) issued a report claiming that the biggest obstacle to meeting the "humanitarian needs" of the Palestinians is Israel’s presence in the West Bank and Gaza. According to the report, the number of Palestinians displaced by home demolitions reached a new high of 1,600 in 2016.

About 600,000 Israelis currently live in over 230 settlements built on Palestinian territories, which Israel has occupied since the 1967 Six-Day War.
On December 23, 2016, the UN Security Council adopted Resolution 2334, calling Israel’s settlement activity a violation of international law and calling on Israel to end such activities.

Relations between Israel and Palestine have been shattered for decades. While the Palestinians seek diplomatic recognition for their independent state on the territories of the West Bank, including East Jerusalem, which is partially occupied by Israel, and the Gaza Strip, the Israeli government refuses to recognize Palestine as an independent political and diplomatic entity and builds settlements on the occupied areas despite objections from the United Nations.