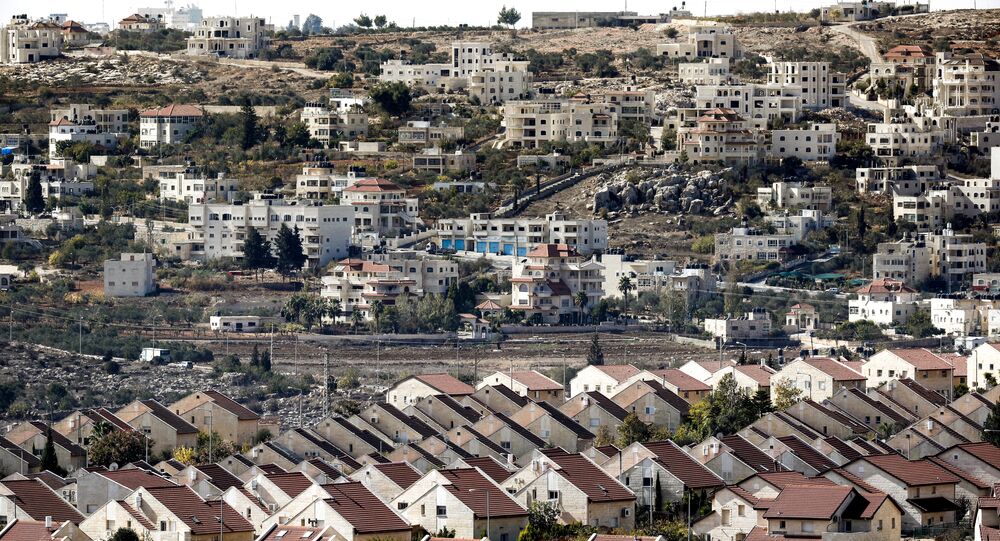 Ahead of the completion of the UN database of companies that operate within Israel’s West Bank settlements, Israel and the Trump Administration are aiming to prevent the information being released.

Israel is normally defiant of criticism coming from the UN but it is rumored that politicians within the country are worried that the publication of the database will serve to drive companies away and reduce investment in Israeli firms.

Indeed, the US will likely threaten to pull out of the Security Council should it deem its findings too harsh on Israel.

Sputnik has spoken with Ziad Ali Khalil AbuZayyad, journalist, politician and Negotiator for the Cairo Peace Agreement, who gave his views on Israeli settlements in Palestinian territories.

Sputnik: Do you agree with Israeli companies being blacklisted by the UN Security Council?

Ziad: Everybody should understand and should realize that this is an occupied territory and the Jewish settlements are a violation of the fourth Geneva convention and a violation of international laws and treaties, an injustice against the Palestinian people.

Sputnik: How much of an impact have the Israeli settlements had on the lives of Palestinians?

Ziad: The Israeli settlements are now undermining any possibility of a political solution to the conflict, if the Jewish settlements continue to expand then there will be no political solution and the result will be more violence and more bloodshed and more extremists. So anyone who is concerned about security, about stability, about human rights, about human suffering, should be against the Jewish settlement and against the activities of Israelis in occupied territories and in favor of helping to bring peace to the Palestinians, because there will be no peace for the Israelis, without peace for the Palestinians.

Sputnik: What is your view of Trump’s peace plan for the region?

Ziad: Donald Trump is pressuring the Palestinians to accept and make the occupation permanent. He’s talking about a state, whilst keeping the settlements and keeping the people under Israeli control and keeping the Israeli presence in the occupied territories. No one understands how much occupation this state is under. Trump calls it a peace initiative and the deal of the century. It’s nonsense.

Israel to Bulldoze Palestinian Homes to Build ‘Settlers Only’ Road