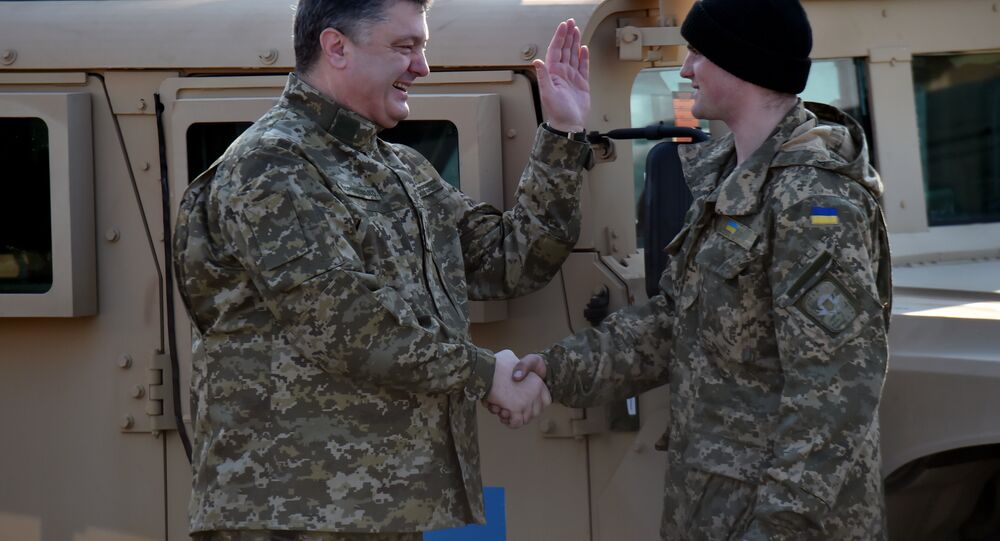 On Friday, the US State Department announced plans to give Ukraine military assistance to help protect its territorial integrity.

"The United States crossed the line in a sense by announcing a decision to supply weapons of destructive power [to Ukraine]… The US weapons may lead to new victims in a country that is neighboring us, therefore we cannot remain indifferent," Ryabkov said in a statement.

© AP Photo / Chairman of the Joint Chiefs
US Authorizes Supply of Lethal Defense Weapons to Ukraine - Ambassador
Ryabkov noted that Washington was acting not as a mediator in settlement of the Ukrainian conflict, but as an "accomplice in fueling war." He stressed that Washington was pushing Kiev toward new "bloodshed."

READ MORE: War & No Peace: US Cuts Kiev Off From Preferential Trade, Gives Go-ahead on Arms

Russia has objected to this, warning that arms deliveries to Ukraine would only escalate the conflict.