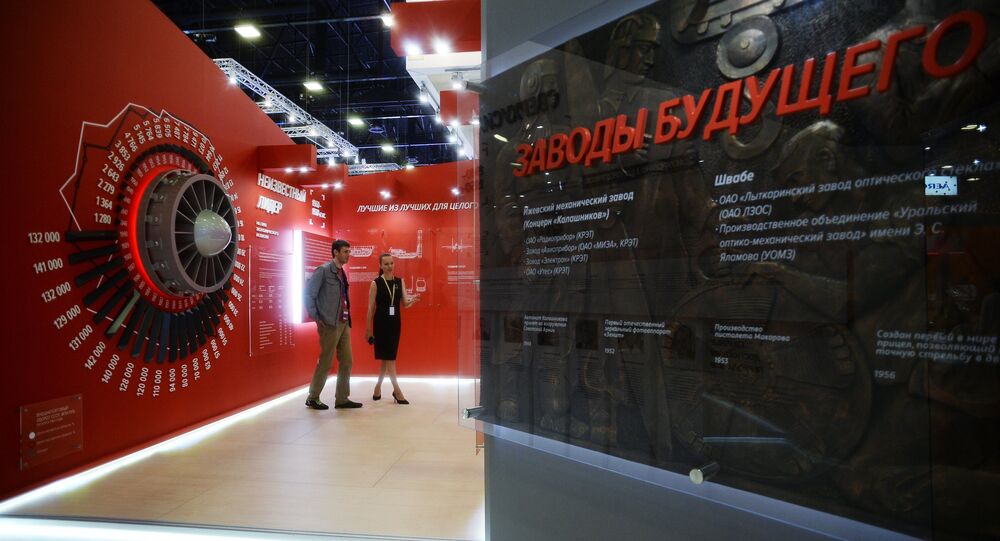 The US State Department recently published a list of more than 30 Russian companies and agencies that may fall under the sanctions.

DUBAI (Sputnik) – At the Dubai Airshow 2017, the CEO of Russia's Rostec Corporation said that US sanctions are "hurting not Rostec or Rosoboronexport, but third parties."

"We are signing contracts on the basis of intergovernmental agreements, which means the United States has to impose sanctions against all countries with which we work. This is probably not very realistic, as we supply states rather than specific companies," the CEO of Russia's Rostec Corporation Sergey Chemezov said.

"The latest sanctions are an example of unfair competition; we entered the WTO, and what is the result of this? The WTO was created in order to create equal conditions for the trade of all market participants. Where are equal conditions, when one country dictates its terms to the rest, based on their own interests?" he added.

Chemezov noted that he does not understand how Washington will be able to impose sanctions against all Russian partners, including India, China and the United Arab Emirates.

He also commented on the risks associated with the supply of engines for the MC-21.

"A contract was signed for the supply of 350 foreign engines, but I do not see any big risks here, because our engine is being tested in a flying laboratory, at the end of this part tests will begin on the plane. Everything is going according to a plan.If the question arises that the US will decide not to supply engines — we will use our own on the MC-21," Chemezov said.

​Rostec is a Russian state corporation established in late 2007 to help develop, manufacture and export high-tech civilian and military products. It includes 663 organizations.

US, Israel Can’t Match Russia When It Comes to India Ties - Rostec CEO