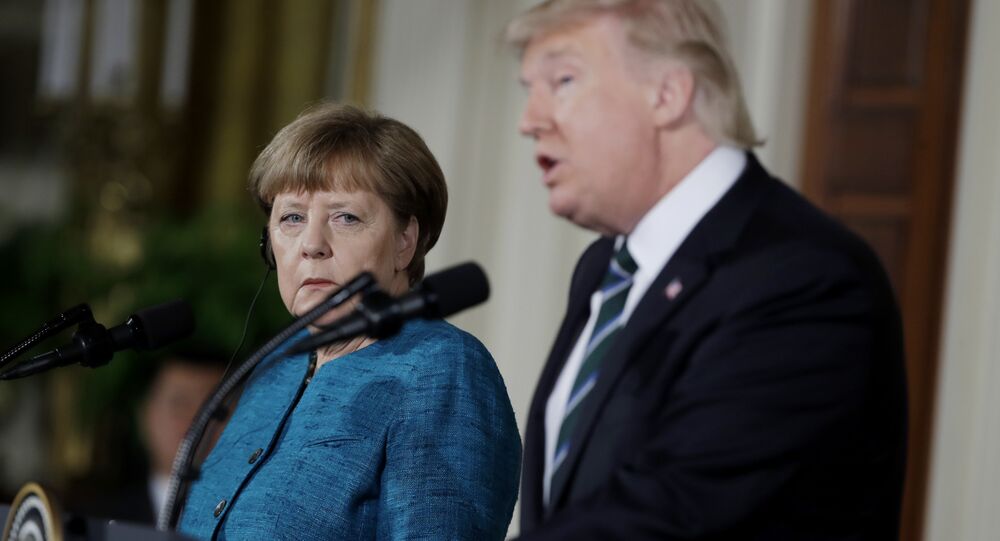 Berlin has commented on its view of Washington's policies under the leadership of President Donald Trump.

German Foreign Ministry's spokeswoman Maria Adebahr has stated that now "the US foreign policy has become more unpredictable, we can already state that… We also see that in the issues related to trade."

According to her, the US president's approach to the Iranian nuclear deal is another manifestation of this policy, while Germany wants to shape a common European stance regarding the issue to make Washington hear European views.

Berlin's statement comes just a day after EU foreign policy chief Federica Mogherini has stated that all participants of the Iran nuclear deal, including the US, must honor their obligations, adding that "renegotiating is not an option."

The decision by US President Donald Trump not to certify Iran's compliance with the 2015 nuclear deal — also known as the Joint Comprehensive Plan of Action (JCPOA) — has prompted criticism from the EU, Tehran and all other members of the P5+1 group, namely Russia, Britain, France, China and Germany, that have confirmed the Islamic Republic's abidance by agreement.

Apart from the latest move with regard to Tehran, Trump has taken several controversial measures concerning foreign policy in his less than one year in office, with other decisions incluing the revising of the US policy toward Cuba and withdrawing from the Paris climate accord, which have been criticized by a number of EU member states.