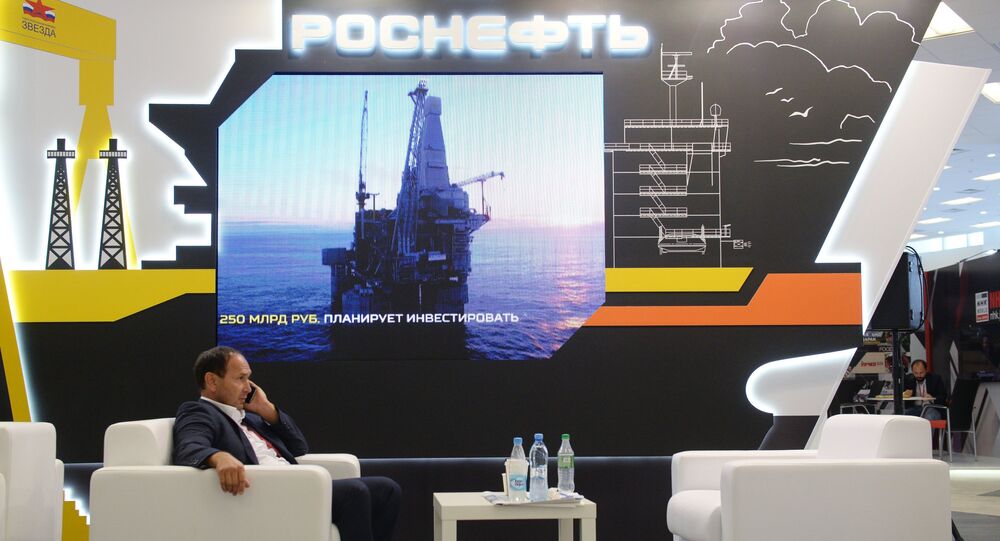 According to a Rosneft press release, the company plans to team up with Iraqi Kurdistan to launch a pipeline in 2019 to export gas to Turkey and Europe.

MOSCOW (Sputnik) – Rosneft and Iraqi Kurdistan are planning to launch a pipeline to export gas to Turkey and Europe by 2019, the Russian energy company said in a press release Monday.

"The parties held talks on the possibility of Rosneft's participation in the project to finance the construction of Iraqi Kurdistan's gas pipeline infrastructure. It is expected that a separate agreement on this project will be signed before the end of the year," Rosneft said.

© REUTERS / Sergei Karpukhin/File Photo
Russia's Rosneft Plans to Deliver Record 40 Mln Tons of Oil to China in 2017
"The Kurdistan regional gas pipeline will not only provide natural gas supplies to power plants and factories in the region, but will also provide an opportunity in the coming years to export a significant amount of fuel to Turkey and the European market," the press release said.

The throughput capacity of the pipeline is expected to ensure gas exports of 30 billion cubic meters annually in addition to supplies to major domestic consumers.

Rosneft also said the company and the regional government of Iraqi Kurdistan were negotiating a project to build a gas pipeline system quickly. The project involves the commissioning of the pipeline and the first gas supplies to domestic consumers in 2019, and gas exports are to begin in 2020.